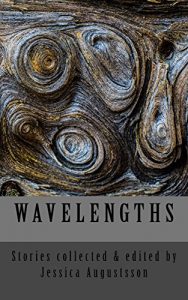 I don’t often write SF, but my recent foray into the genre, Earworm Armageddon (about an aurally led subjugation of the Earth, with deaf protagonists fighting the good fight) has been published in Jay Henge’s Wavelengths anthology.

Sometimes communication is not as straightforward as we might expect. From body language to Morse code, conveying messages comes in a wide variety of forms. How do we get our message across?

The stories and novellas in this anthology plumb the depths of the imagination, seeking to understand what might come to be if we were forced to communicate with those who no longer or never did understand us.

Check out the Fantasy, Horror and SF Short Stories page for more buying options, which I’ll add as they become available. 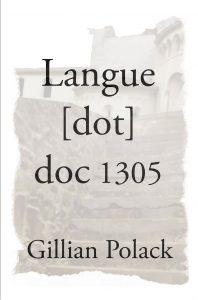 One of the things I enjoy most about Gillian Polack’s books, besides their quirky sense of humour, is how wonderfully she explores the everyday and the ordinary, giving them texture and depth so that they’re not ordinary or mundane at all.

In Langue [dot] doc 1305 Polack marries her deep knowledge as a Medievalist to a favourite SF trope – time travel to the days of knights, lords and peasants – and then does her usual magic of transforming the ordinary into the profound.

Artemesia Wormwood (a name she chose for herself) finds herself a last-minute addition to a team of Australian scientists travelling back in time to  Languedoc, France, to the year 1305. She’s taken on the task of team historian for the money – her sister needs it for cancer treatment – but when she goes back in time she finds the scientists generally don’t have interest in, let alone respect for, her expertise.

The team is meant to be studying the era without interacting with it, and especially not with the inhabitants of the local town, St-Guilhem-le-Desert. You can imagine how successful that turns out to be.

The inevitable folding together of medieval humanity and the time team is subtle and slow, and Polack interleaves the lives of both groups of people with a gentle but inexorable rhythm.

We see parallels and echoes of each group in the other. The mischief makers and the leaders; those who are arrogant and those who are quietly trying to keep their society functioning; the friendships and the growing emnities.

Artemesia keeps trying to warn the time team that the people out there are real and that these are dangerous times. As the two groups begin to interact in small ways, however, even Artemesia may be getting complacent through her role as liaison with the knight Guilhem, himself an outsider looking for his place in the community.

Langue [dot] doc 1305 has many delights, from the superb low key characterisation that develops such wonderful, fully human people, to Polack’s equally low key yet pointed storytelling which points out how many fallacies people retain about what it is to be human in the medieval era.

Some characters are more sympathetic than others, though Polack’s compassion in drawing out human frailty and strengths means that your sympathies may wax and wane until the last few chapters. Artemesia’s playful academic humour and the way she’s often relegated by her colleagues to ‘pointless, useless irritant’ ensure you’re on her side from the start.

The build up to the confrontations of the conclusion is steady but never dull. When the final events take place (within the caves that are temporary home to the team, within the village, and where those two connect) they have a strong impact on both characters and reader.

I love the texture, intelligence, compassion and craft of Gillian Polack’s writing. I love her quiet women finding their strength and her wit. I love her perspective as a Jewish Australian and her great humanity as a writer.

Since the sad demise of Satalyte Publishing, Langue [dot] doc 1305 is  out of print. Happily, it’s due to be rereleased later in the year. (I’ll blog again then when it’s available.)

In the meantime, if you can’t wait, you can try Abe Books or contact Gillian Polack directly on Twitter or through her website for one of the first edition copies she still has. 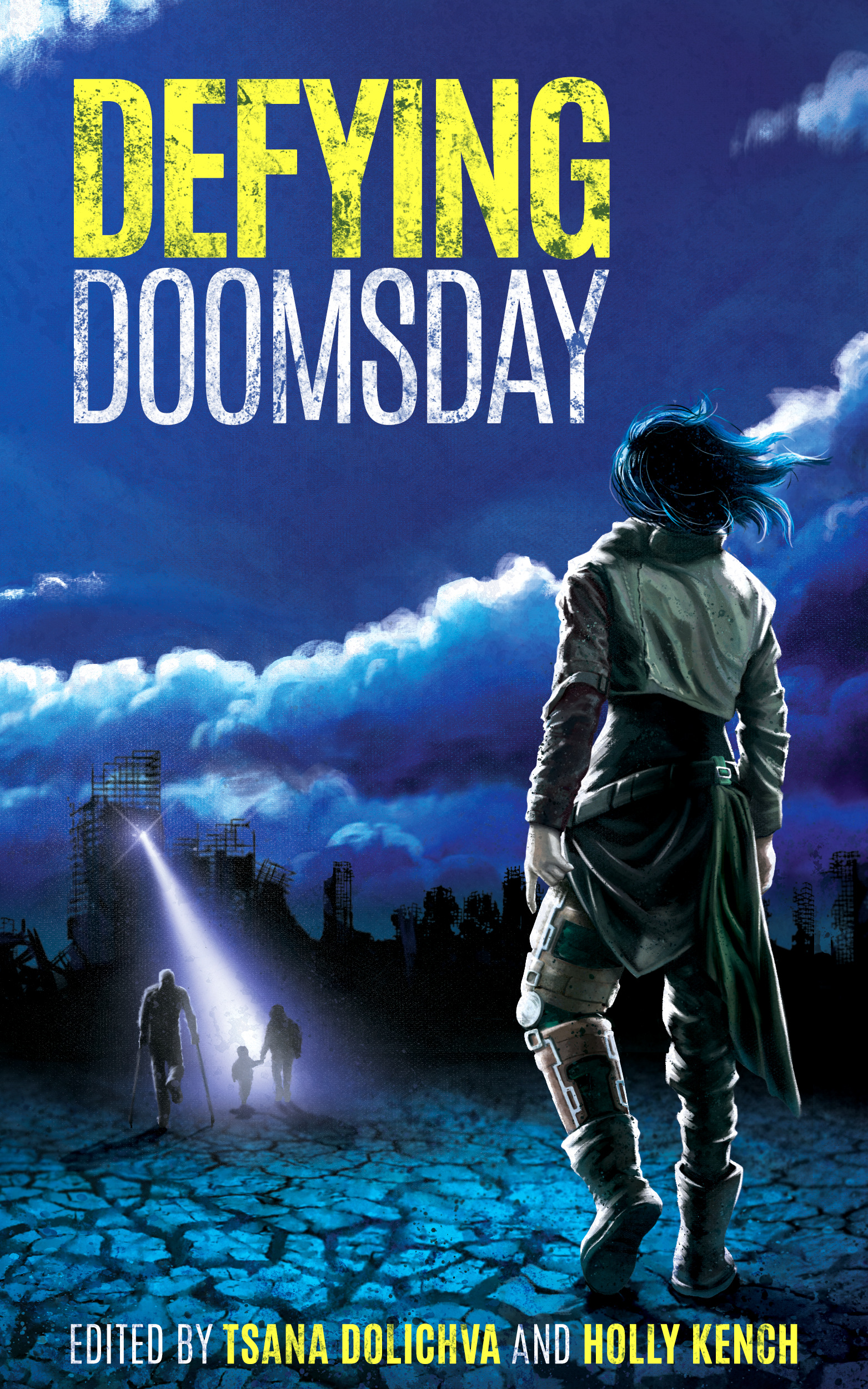 I do love an adventure story. I love them even more when they feature two people adventuring together. They don’t have to be two human people – just two beings having mutual adventures is very much my jam. It’s the main appeal of the Sherlock Holmes stories for me, and it’s the reason I was so delighted to have a story accepted into Clan Destine Press’s And Then… anthology last year.

Volume One of the anthology was published in December 2016. It contains my story, ‘Virgin Soil‘, a tale of gold rush shenanigans, dark magic, monsters and a shapeshifting man/rat.

My delight has grown exponentially by seeing my name in the Table of Contents alongside so many writers I admire. There I am, nestled between Peter M Ball and Dan Rabarts, whose story here, ‘Tipuna Tapu’, has just won the Paul Haines Award for Long Fiction in the 2016 AHWA Australian Shadows Awards! I couldn’t be happier.

Although linked as adventure stories featuring dynamic duos, all written by Australasian authors, the settings and themes of the fiction in And Then… are otherwise a gorgeous sprawl across time and genre. Historical, contemporary, fantastical and futuristic in turns, in all kinds of locales, And Then… is a sparkling hoard of treasure.

A few of my favourite gems:

I loved the gritty noir feel of both Jason Nahrung’s ‘The Mermaid Club’ and Peter M Ball’s ‘Deadbeat’. Jason Franks ‘Exli and the Dragon’, with one protagonist essentially a sentient pillow, is witty and surprising, and displays Franks’s characteristic energy and originality. Lucy Sussex takes us to the jungle in ‘Batgirl in Borneo’, and is as always wry, clever and thoughtful. The collection is rounded out with Tansy Rayner Roberts’ ‘Death at the Dragon Circus’, a story of teeth and ways of flying, but also fondness and the search for a place to be yourself.

Each story in this anthology could easily be the launching pad for a series, and I’d happily spend more time with all these adventurers and the worlds they inhabit. Perhaps we can encourage the writers to do just that!

In the meantime, there’s And Then… Volume 1, with volume 2 to come, and all these worlds of adventure to explore.

Buy And Then… Volume 1