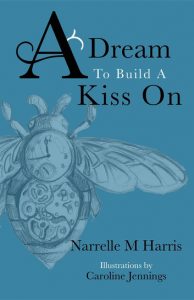 A Dream to Build A Kiss On is my new contemporary-era Holmes♥Watson romance/adventure from Improbable Press!

The book contains 100 connected stories of only 221 words, the last word of each beginning with the letter B!

A Dream to Build A Kiss On  is available for pre-order from several sites and will be out on 8 June as an e-book, and 22 June in paperback.

Two lonely men. How much will change when they find each other?

John tries to drag his patient to safety.

A bullet breaks his shoulder open.

John gasps in the dirt. So alone, far from home.

He thinks of Hugh. Is sorry/not sorry.

He thinks of Alice. Weeps.

Sherlock told his brother that the cocaine was about boredom. A half truth.

Does Mycroft know what Musgrave did? Said?

In the early days of this ritual, Sherlock would remember kissing Reggie. Being kissed. No more.

If you’re coming to Continuum in Melbourne this weekend (8-11 June 2018) I’ll have advance copies of the paperback for sale!

If you can’t make it there, here are the pre-order sites! 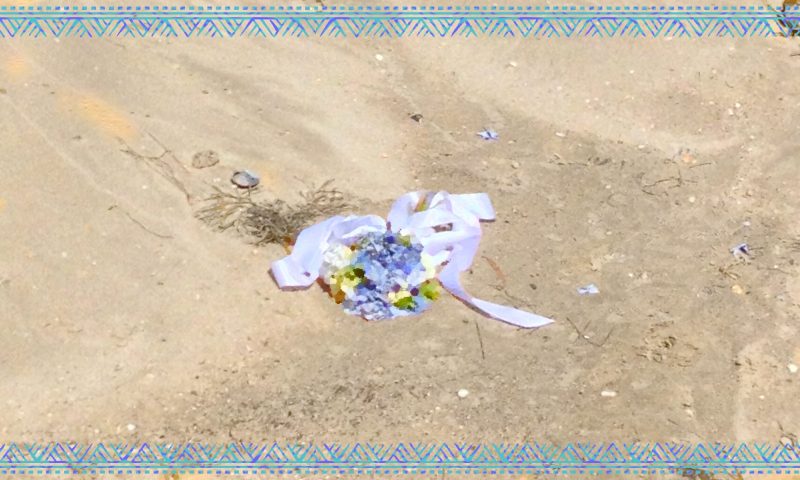 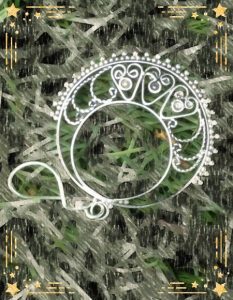 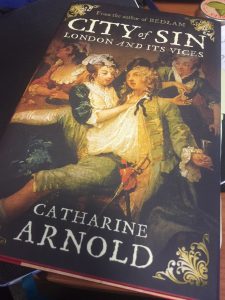 In preparation for working on a short story collection set post-The Adventure of the Colonial Boy, I’ve picked up some books to give me insights into late-Victorian queer culture and society’s attitudes towards it.

Victorian attitudes to sex and sexuality (and to a whole bunch of things) is usually deeper and more textured than a cursory glance would indicate. And while it’s true that terms like ‘gay’ and queerness as it’s currently lived and experienced were not how Victorians understood them, that doesn’t negate the fact people who would probably now identify on that spectrum were managing their lives, one way or another.

Which all brings me to this reading matter, designed to help me understand more about how queerness was experienced and lived in the late 19th and early 20th centuries, so that I can translate those experiences for Sherlock Holmes and John Watson in a world where they have declared their love and physical desire for each other. 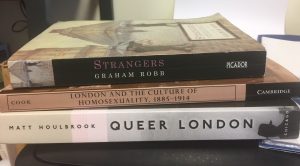 I tend to read books on these topics with a block of sticky notes at hand, so I can mark ideas I want to get back to.

The book pictured in the header, Catharine Arnold’s City of Sin: London and its Vices, is already festooned with notes for me to return to when I do the next round of research, which will be to go over marked passages and decide what to use and how.

One note in City of Sin refers to the pornography people could obtain in Holywell Street, including homosexual and lesbian representations. William Dugdale is noted as a “prolific publisher of filthy books” and further on, Arnold refers to the practice of pornographers having to smuggle their books into the UK, risking fines and imprisonment. 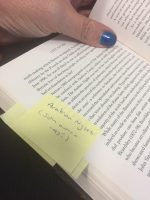 I have made a note that the unexpurgated copy of Richard Burton’s The Arabian Nights is very probably in John Watson’s private book collection. He’s an earthy man, after all, with a penchant for gambling and whisky. Why not a little saucy literature?

Further on I’ve marked the pages about the ‘telegraph boys’ who made extra money by having sex with men. The role of the Turkish baths (which Holmes and Watson frequent in canon) in homosexual liaisons is discussed 25 pages on from that. 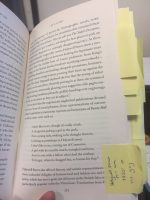 I expect to read more queer-specific details of London life in the three other books pictured above, and will doubtless leave those pages bristling like a paper-based porcupine in due course.

I’ve already started with Strangers: Homosexual Love in the Nineteenth Century by Graham Robb, and even the introduction has provided some valuable insights.

How will these snippets and suggestions be used? Will they become significant plot points or background detail?

At this point, who knows? But by filling up my brain with some of that colour, texture and depth, I hope to introduce just enough research to make the stories feel authentic and engaging without presenting them as a series of lectures of What I Learned About Queer Victorians This Summer.

NB: A version of this post originally appeared in my Patreon on 2 February 2018. 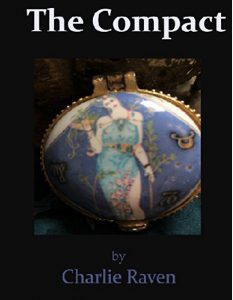 Late last year I read and thoroughly enjoyed A Case of Domestic Pilfering by Rohase Piercy and Charlie Raven. That book had originally been written by Raven then reworked by Rohase.

Raven’s style is clear in her solo effort The Compact,  set in London and England of 1898 – a paranormal queer adventure where real people meet fictional ones and detection meets ghosts.

The action revolves around two extremely close friends, widows Harriet Day, who teaches piano, and artist Alexandra Roberts. The lifelong friends share an undercurrent of romantic attachment, but their lives are about to be turned inside out. First, Alex falls under the unhealthy influence of the wealthy Minerva Atwell, whom she has been commissioned to paint. Then one of Alex’s boarders dies in a horrible accident.

Their lives ares entangled with Roberts’ boarders, including the unpleasant Albert Burroughs, and the childlike and ethereal George Arden. George is fey and vague and sees ghosts. He’s also falsely accused of murder by Burroughs.

Real life figures Aleister Crowley, occultist and magician, and his lover, poet and female impersonator Jerome Pollitt, become involved with George’s situation, as does Dr John Watson, who is recovering from illness while Sherlock Holmes pursues a case in Russia.

It’s a large cast which Raven deftly handles with charm, elegance and excellent pacing. The story has plenty of humour as well as creeping dread, while the story slow-builds towards the discovery of grisly crimes, horrible secrets, Atwell’s disturbing schemes and George’s strange history.

Dr Watson’s efforts to be a detective in his friend’s absence are naturally not as brilliant as Holmes’s, though he does his best in partnership with the brilliant, unpredictable, substance-abusing Aleister Crowley. The comparisons he (and the reader) makes between Holmes and Crowley are inevitable and entertaining.

Watson is only a small player in the tale, however, which focuses on Harriet trying to discover Minerva Atwell’s power and clear George Arden’s name. She and Alex are both strong characters, as is Minerva and all her mystery. Crowley and Pollitt are lively, too, as are all the supporting cast.

The action reaches its climax of mystic threats, ancient Sumerian tablets, the unquiet dead and deadly intent at Minerva Atwell’s creepy spa in the country.

Raven’s prose is lively, her period detail light and evocative, and even the most minor of her cast of characters is distinct and fresh. She’s also made me keen to read more of and by Aleister Crowley!

The Compact is engaging good fun. After enjoying A Case of Domestic Pilfering so much too, I’m hoping I won’t have to wait too long for some more from Charlie Raven.

The Dangerous Charm store has now moved to its new Square-hosted home at Dangerouscharm.com.au.