I loved the idea of a kids’ book charting the location of monster stories around the world – it’s in part what I look for in a destination!

The Atlas of Monsters and Ghosts by LonelyPlanetKids.com is a gorgeous looking book, with Laura Brenlla’s fabulous Tiki-esque style (which reminds me a bit of Shag’s art). It’s an atlas, so the large maps of continents and regions give a cute overview before each section, and an appendix introduces various water monsters of the world as well as a checklist of the ghosts of famous figures, including Anne Boleyn.

The conceit of the whole book is given in the introduction, where Dr Van Helsing welcomes young readers to his version of Monster Hunting 101 on where to find all these creatures and what to do if you encounter them.

Because The Atlas of Monsters and Ghosts is aimed at young readers (9-12 years) the entries are fun and on the silly side. For some readers they might be a little light on, though some better known beasties, like Dracula, have double-age entries with more detail.

The book also places folklore, urban legends and fictional characters all on the same footing without mentioning origins. An entry on Frankenstein’s Monster makes no mention of Mary Shelley any more than the one on King Kong mentions RKO Pictures or creator Merian C Cooper. Actual locations thought to be haunted, like hotels and ghost towns, are noted with the same weight as indigenous folklore. (Having said that, I was amused to see drop bears and bunyips listed with equal weight in the Australian section.)

I don’t know if kids will find that as frustrating as I did – it’s a shame that the origins of these stories aren’t acknowledged, especially for entries that have an individual creator.

Still, The Atlas of Monsters and Ghosts is a charming book and a great starting point for doing some extra googling on folklore, fiction and urban legends before heading for these parts of the world!

Buy The Atlas of Monsters and Ghosts: 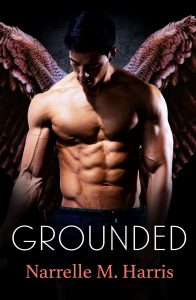 I revealed this cover a week ago to my Patreon supporters, and a few days later to my newsletter subscribers. Now for my blog readers – ta-da!

This is the gorgeous cover for my upcoming spec fic romance, Grounded, featuring Benedick Sasaki, one of the story’s love interests.

In a world where flight is life, will two grounded people find other ways to fly?

When Benedick Sasaki’s wings are wounded in the line of duty, the former policeman doesn’t know if he has a place in a world where he can no longer fly.

Then he meets Clementine Torres, an artist born without wings and a vocal advocate for the flightless who has been subjected to recent hate mail and vandalism ahead of her new exhibition. As Clementine starts to teach Benedick new ways to appreciate the world on the ground, the threats against her art and possibly her life begin to escalate.

To survive, they will need to teach each other that not all beauty is in the air, and that both of them can soar without wings…

The edits have all been completed (my editor was a treat to work with!) and everything is set for Clem and Benedick’s story to come out on 20 March 2019 in ebook form.

Grounded is already available for pre-order at the following sites: 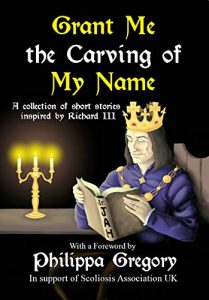