Last year, my publisher’s distributor went kaput. Some quick work saved my ebooks from being swallowed in the process, but it’s taken several months of wrangling to get the titles back onto Amazon! (Well, for some reason Expendable still isn’t there, but it’s shown up on other, related platforms so it should follow soon.)

The titles that have made a return are

Of course, while the books are back, none of the previous reviews have come back with them. If you’ve read any of them and would like to leave a review on Amazon or Goodreads, that would be enormously helpful in getting the algorithms to help people see the titles. Reviews don’t have to be long. A sentence to say whether or not you liked it, and perhaps another sentence or two about why, is enough for any platform and to help readers decide if the story is for them.

But either way, hooray for these ten titles being available once again! 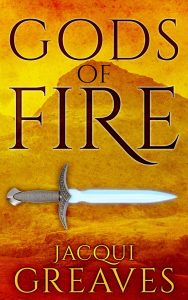 Gods of Fire. It had a totally different title for the entire time I spent writing and editing it. In the end I wanted something dramatic that would also hint at the story within. I filled a sheet of A4 paper with handwritten lists of potential titles and Gods of Fire was the clear winner.

Hands down, a young Sam Heughan (Jamie from Outlander) would be the main character. I had his picture pinned to the wall in front of me for the entire time.

At the moment (and bearing in mind I haven’t yet seen Avengers: Infinity War) my favourite team is the Guardians of the Galaxy. Thrown together in an uneasy alliance, this bunch of misfits become family.

It has to be “Light My Fire” by the Doors.

About Gods of Fire

Sentenced to death as an infant by his grandfather then abandoned by his mother, Guillaume grows up with no idea of who or what he is. All he understands is that he has a voracious sexual appetite and the power to render himself irresistible to any woman he desires.

His life is thrown into turmoil when his full powers are revealed in a violent display of fire and murder. Forced to leave the only home he has known, Guillaume sets forth to unravel the mystery of his heritage. His quest takes him through France and deep into Africa.

As his powers grow only his lifelong companion, Smoke, can help him control the depraved primal urges that threaten to overwhelm him. When Smoke loses her influence, it’s not only the lives of those close to him that are threatened. Can the world survive the ancient being that Guillaume becomes? 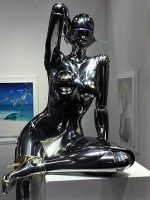 Jacqui has lived an adventure-filled life, spanning a range of careers and countries. She’s wrangled kindergarten children, driven buses, researched humpback whales, spoken at the United Nations, visited Antarctica, farmed deer and, most recently, written strange and sexy fiction. When she’s not writing, reading, playing golf, or practicing Iaido, she can be found sampling her favourite wines or cocktails.

A New Zealander, currently living by the beach in Melbourne, Jacqui has two novella’s published in the PNRLust Anthologies and several short stories in online publications. Gods of Fire is her first full length novel. 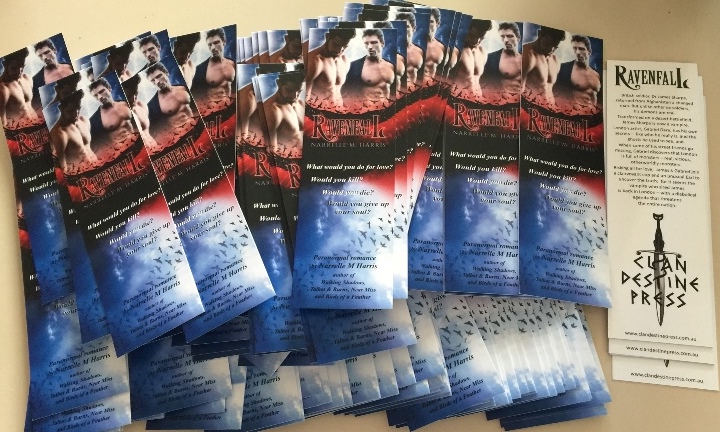 This morning I picked up a large (and surprisingly slippery) pile of bookmarks ahead of my attendance at the Romance Writers of Australia conference, Love Gone Wild,  being held this weekend in Brisbane.

This will be my first RWA conference, and I’m looking forward to learning more about my fellow members and about the world of writing romance (and how best to get word out to readers old and new about what I’m doing).

One of the things I’m looking forward to, of course, is that my new book – paranormal romance thriller Ravenfall – is being launched at the conference!

Ravenfall is the story of James Sharpe and Gabriel Dare and a monstrous plot that threatens all Great Britain! The paperback is available for pre-order now, becoming officially available later this month, and the ebook due for release later in September.

For those on GoodReads, you can mark Ravenfall  as to-read now!

If you’re going to be at the RWA conference, please come up and say hello (and grab a bookmark!).

You can read more about Ravenfall here, or pre-order the paperback at one of these online stores: 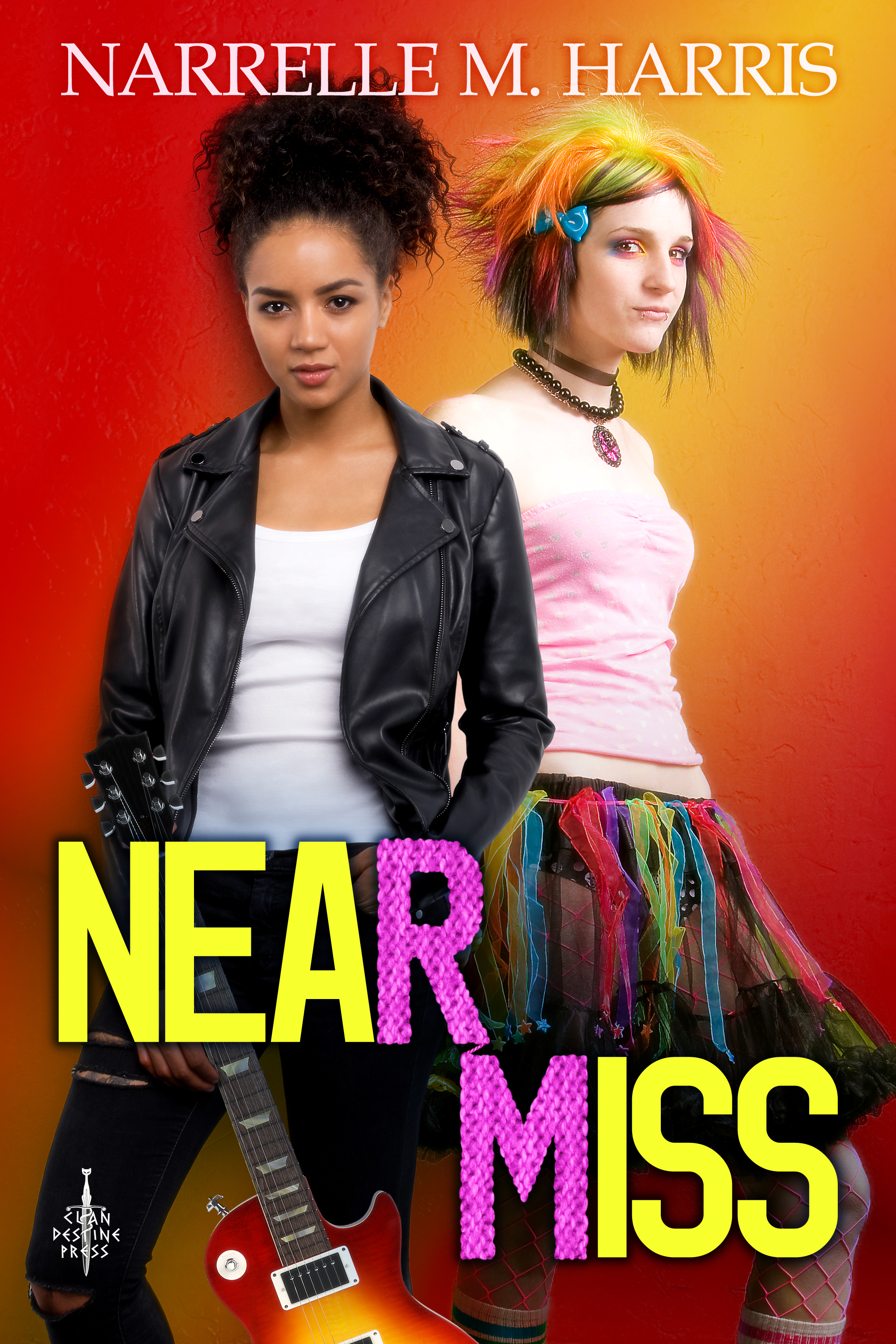 Near Miss is set in Melbourne and is full of romance, sex, fabulous hair, rock music and knitting.

Glory is a rock chick. She’s fierce. From a distance she keeps seeing a gorgeous woman with fantastic hair.

Ness is a hairdresser. She was named for the Loch. She’s been admiring the lead singer of Glory Be for ages.

Fate keeps preventing them from meeting, until the night of the yarnbombing in Melbourne’s Treasury Gardens – a night that knits their lives together.

Where to get Near Miss