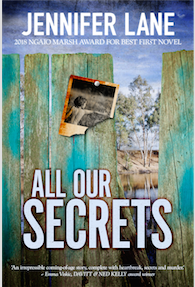 Clan Destine Press’s new release, All Our Secrets, is set in the fictional small town of Coongahoola in NSW.

Set in 1984, the town is steeped in the consequences of a wild party on the banks of the Bagooli River in 1975 and the rush of children born nine months later. The fathers of the River Children are not necessarily the men married to their mothers.

Nine years later, one of the River Children goes missing, his body turning up a few days later by the river. He is the first of a string of murders. One of the children who may be the next target is Elijah Barrett.

His 11 year old sister, Gracie, is our guide to Coongahoola. Through her eyes we meet her chaotic family, her town, the shock of the murders and her beloved brother.

Lane imbues Gracie with a realism that makes the young girl sympathetic and irritating in turns, though her innate kindness is her saving grace (as it were) even when she’s not always making the kindest decisions in her attempts to fit in to the town’s narrow social expectations. She is struggling with the estrangement of her parents, her sometimes embarrassingly religious grandmother, her crush on the boy next door and her anxiety from the usual array of schoolground bullying and snooty cliques.

Through this thoroughly believable child, Lane captures the personalities and quirks of the people of Coongahoola. As each child disappears, only to be found murdered, the net of suspicion is cast wide – from townspeople to the group of religious devotees who have recently set up camp by the river.  The parallels between the personal chaos of Gracie’s world and that of the whole town is clear: all the rivalries and jealousies, the in and out groups, the unfounded rumours and blame games.

All Our Secrets is a gripping and perfectly paced story, balanced splendidly between Gracie’s  distress and concern for her family ad the fear experienced by the wider community as their children become victims.

It’s no surprise to learn that All Our Secrets won the 2018 Ngaio Marsh Award for Best First Novel in New Zealand. Clan Destine Press has brought this fantastic book, with it’s unusual and powerful point of view, to a new audience. Get it now to read a fresh new voice in Australian crime.

Buy All Our Secrets 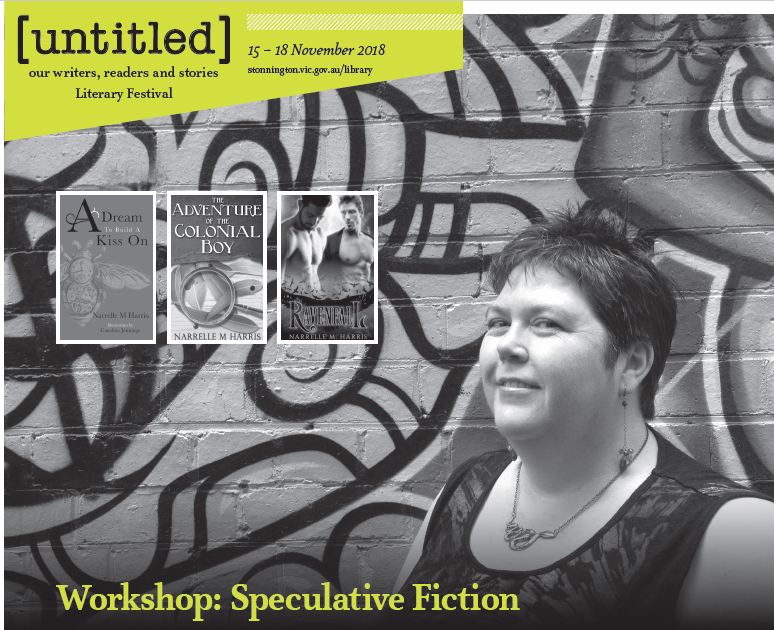 In this workshop you will learn the different sub-genres of fantasy fiction; brainstorming techniques to spark writing; the elements of building a believable fantasy world and how to grab the reader from the first line. Participants should bring their Work in Progress to the workshop 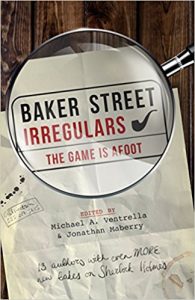 It’s finally here! The official release day of Baker Street Irregulars: The Game Is Afoot, the second volume of alternative universe stories reworking Sherlock Holmes and John Watson as everything from computer programs to mythical characters.

Some stories are fantasy, some historical, some SF, some contemporary. One or other (or both) may be alien, artificial, genderswapped or anthropomorphised.

The stories are a giddy selection of possibilities. My own story, The Problem of the Three Journals’ shifts them only slightly, to be a pair of contemporary Australian hipsters running a cafe in Melbourne and solving mysteries together.

You can see more at the publisher, Diversion Books or buy Baker Street Irregulars: The Game is Afoot at one of the following online stores.

Or add it to your Goodreads list for later!

An audio book will be along eventually, too.

Baker Street Irregulars: The Game is Afoot is the second volume of an anthology series that places Sherlock Holmes (and often John Watson) in various alternative realities.

The first volume included versions where Holmes was a nun, a dog-like alien and even a parrot!

My story in this new volume, ‘The Problem of the Three Journals’, recasts Holmes and Watson as contemporary Australian hipsters! John’s a barista in the cafe they co-own and they still solve crimes together.

The book is due out on 24 April, which is not far away now – and the publisher has just announced that actors have been engaged to read the audiobook!

I’m absolutely thrilled to find that New-York-based Australian actor, Jamie Jackson, will be reading ‘The Problem of the Three Journals’, and thereby getting the accent right!

The other performers on the upcoming audiobook are Korey Jackson, Karen Chilton and Jonathan Todd Ross.

The full table of contents, and the actors who’ll be reading each story, are:

I don’t know yet when the audiobook will be out, but in the meantime you can pre-order Baker Street Irregulars: The Game is Afoot from Amazon, ready for delivery on 24 April!

I'm in the process of working with Shooting Star Press's Development Academy to present some online writing courses. Visit their timetable to see what's currently on offer and keep an eye out for my 6 courses to be available.