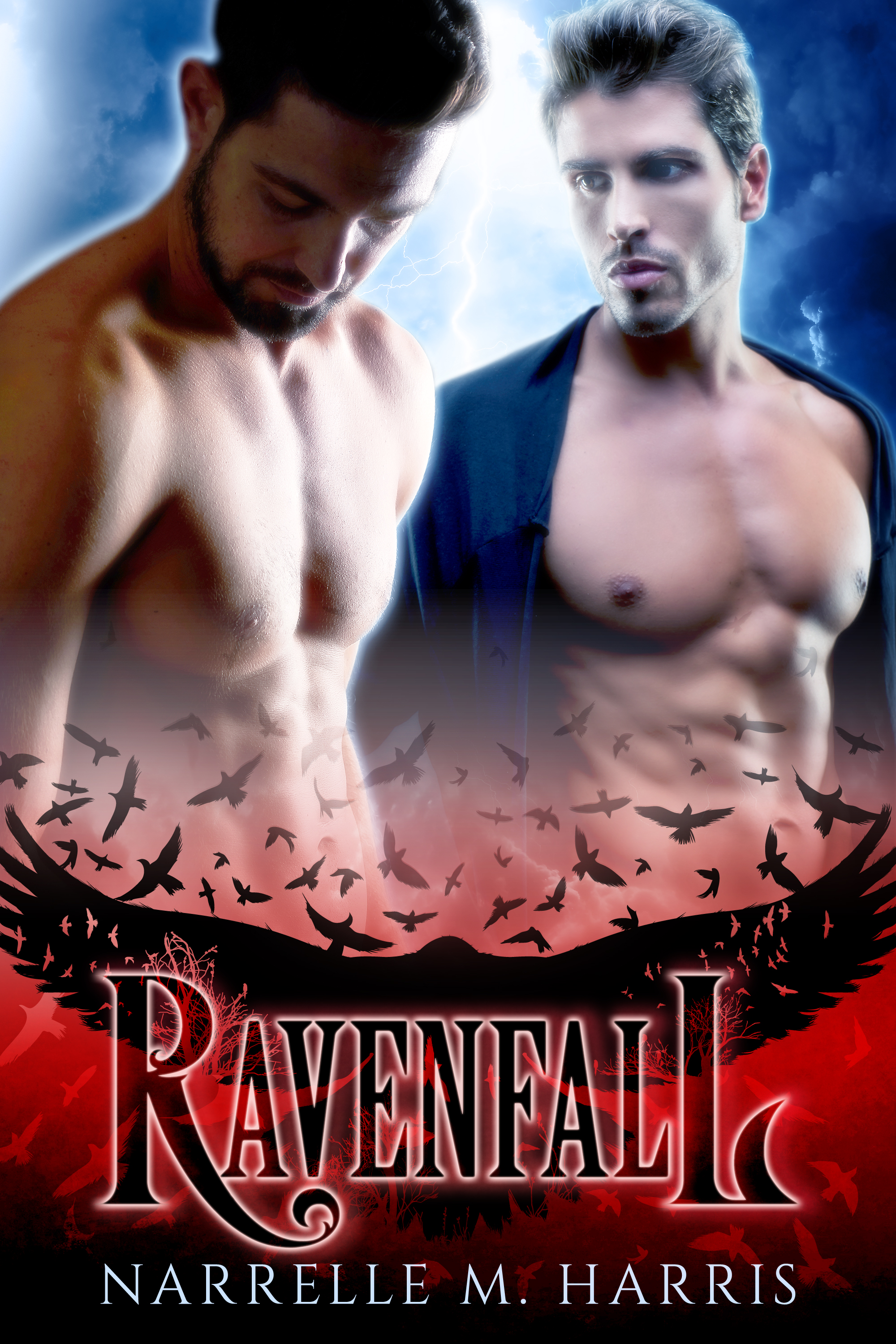 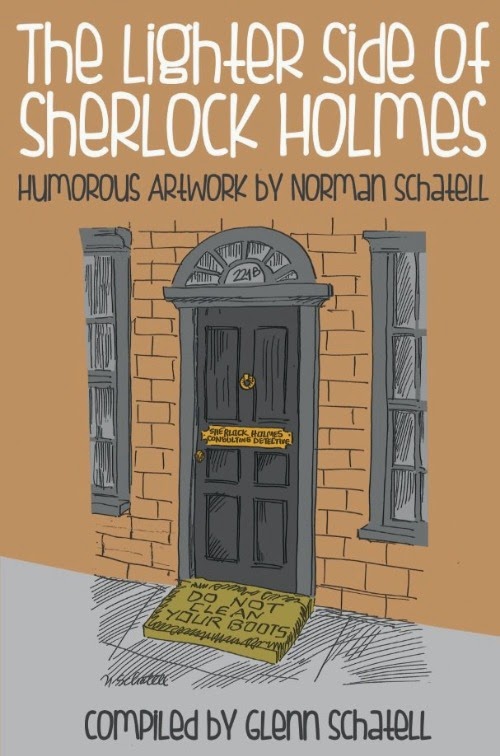 We’ve just tipped over into July, but I have one more Happy June reading review to share!

It must be obvious to the meanest intelligence by now that I am – and have for a long time been – a devotee of Sherlock Holmes, the best and wisest London detective I have ever known, who is also “the most incurably lazy devil that ever stood in shoe leather”. I’m equally fond of his good friend, Doctor John Watson, who claimed to have a wandering wound, shaken nerves and a tendency to be up at ungodly hours.

Sharing my fascination and affection with these fellows who seem to fit in every time and place is the late Norman Schatell, whose Sherlockian cartoons are collected in this entertaining little volume from MX Publishing. 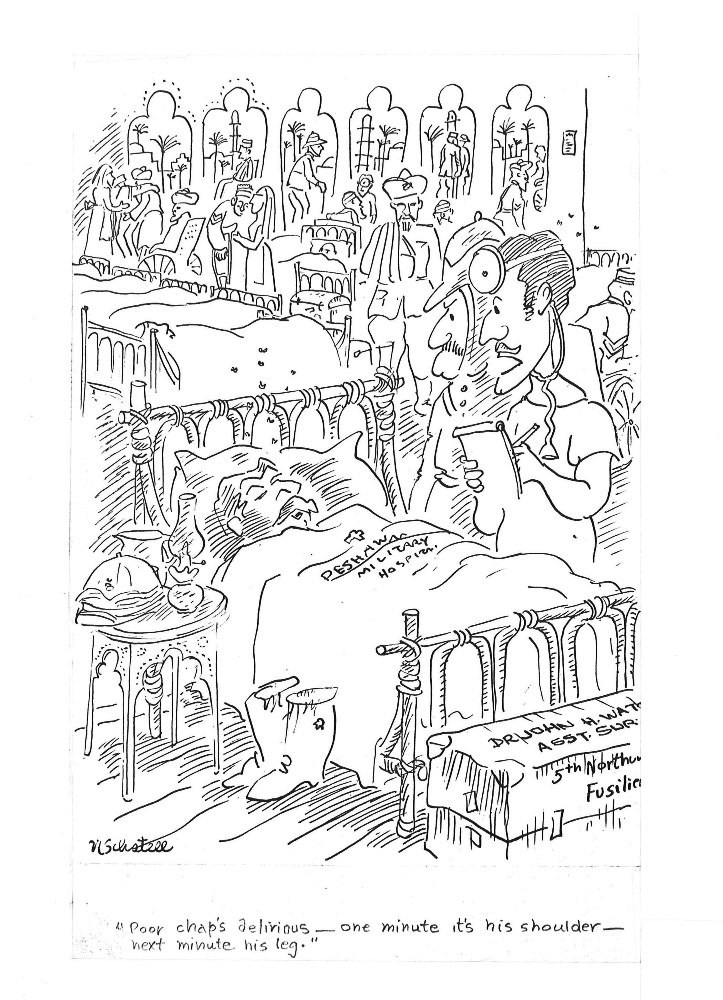 Normal Schatell was a very active part of Holmesian fandom throughout the 70s until his  death in 1980. His sketches in this book are not always crisp and clean – many are lightning panels he was as likely to draw on envelopes as to prepare for print – but they are all charming and cheeky. Some of the best have a subtlety that deeper knowledge of the stories rewards, and I often found myself laughing away to myself as the penny dropped.

Not content simply to draw cartoons, a portion of the book showcases Schatell’s witty and imaginative “Impractical Arts and Crafts” with ideas and designs for items like The Very Kinetic Holmes Marionette, a working model of the Great Grimpen Mire and the Eddie Rucastle Roach Stomper. 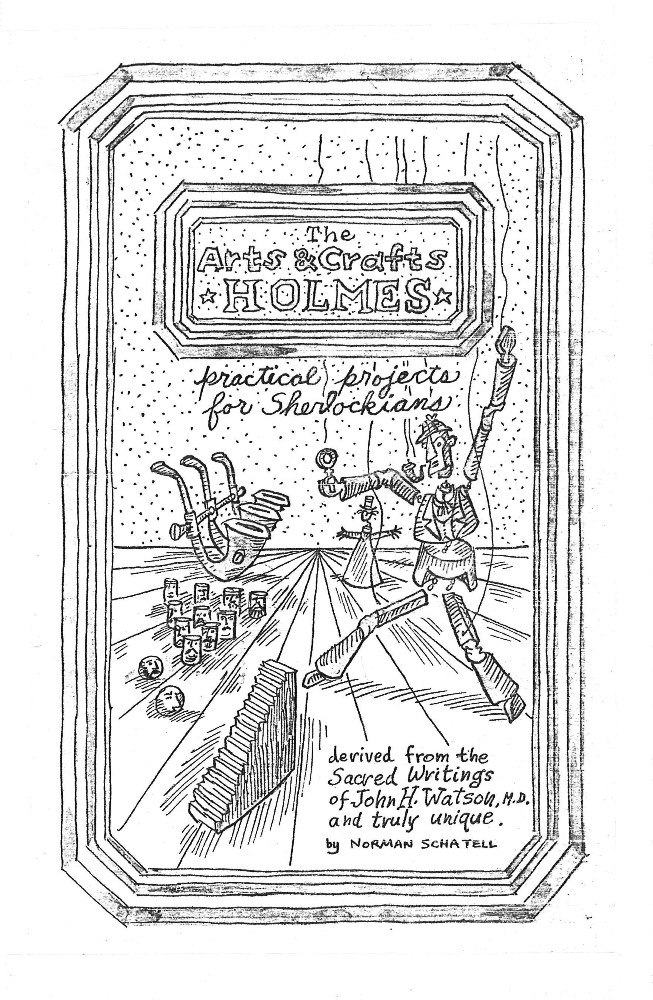 Schatell even created a series of ‘folk art Holmeses’, with the very recognisable figure rendered in the styles of Central African, Iranian, Mexican and even Egyptian statues and carvings, before rounding off the collection with some of those envelope-sketches mentioned earlier.

The only down side of the book is that Schatell’s handwriting has been reproduced, as-is, to describe some of the cartoons – and sometimes the writing is cramped and messy and very difficult to read, which is a shame. A larger reproduction or retyping the text might have helped those of us who are a bit more myopic than the Great Detective.

Nevertheless, the cartoons usually speak for themselves and the whole thing is enormously fun.

Buy The Lighter Side of Sherlock Holmes 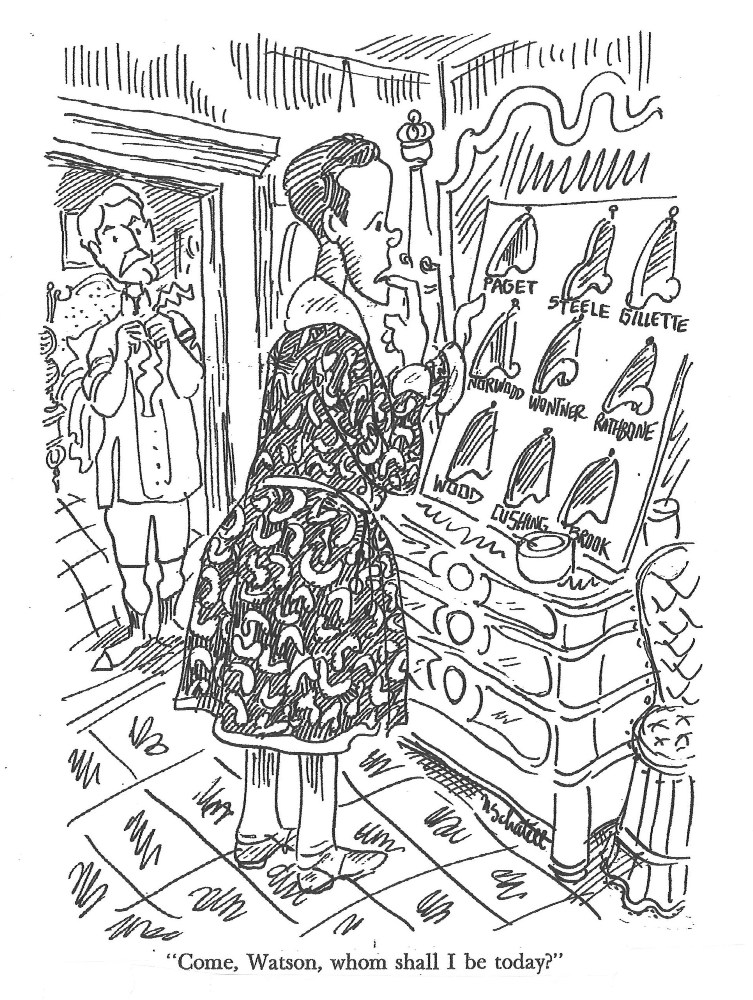 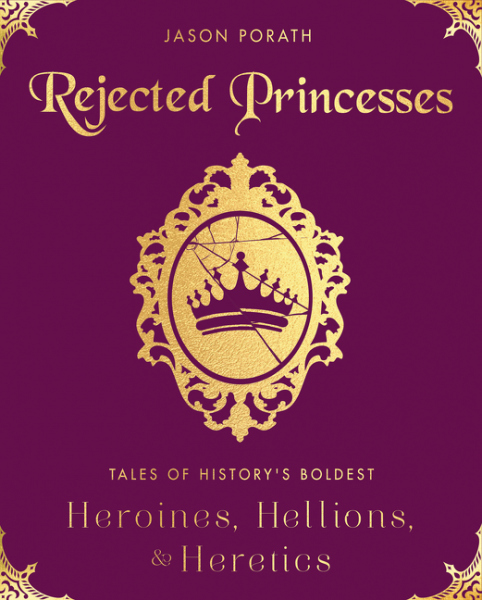 One of the things I enjoy about Tumblr is that you never know what surprising new thing will cross your path. One day on my dash, amid all the posts about incarnations of Sherlock Holmes, people being thrilled by Yuri on Ice (it’s charming; I loved it) and The Science Side of Tumblr, a post about Jason Porath’s Rejected Princesses artwork came past putting some vapour-brain who claimed no woman of colour ever invented a thing or amounted to much.

Following the links I discovered that Jason Porath had once worked as an animator for Dreamworks. The idea for his series of the women of history and legend who deserve to be better known came from Jason and his fellow animators discussing the questions: Who is the least likely candidate for an animated princess movie? (Hence the ‘Rejected’ in front of ‘Princesses’ in the title.)

Porath kept suggesting women he’d learned about that the rest of the crew had never heard of.  “I thought that should change,” he says in the forward. 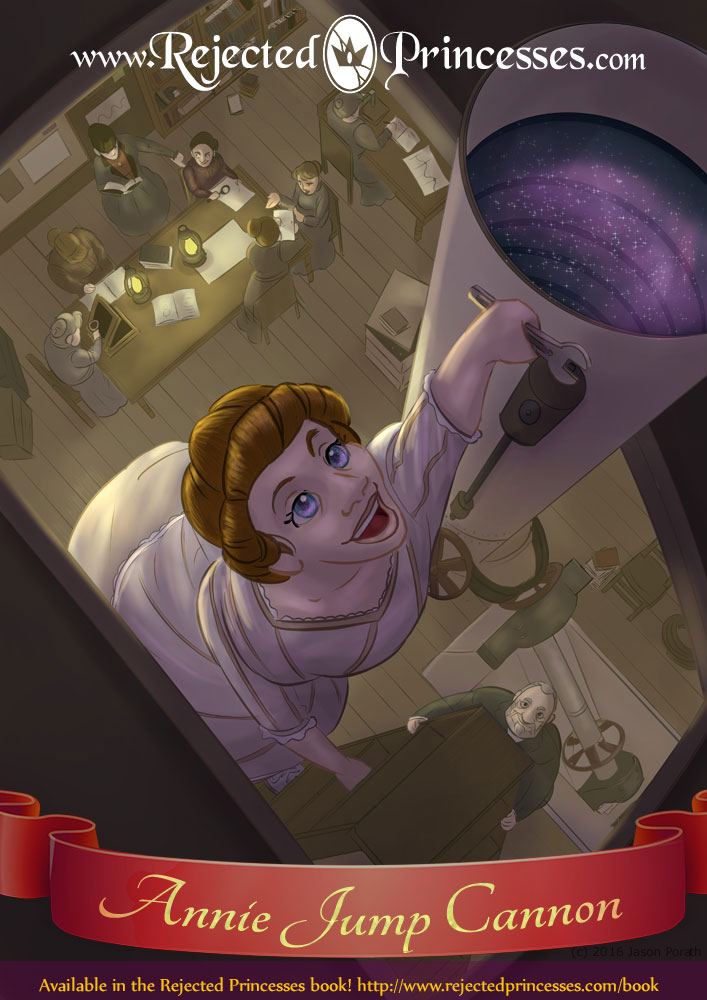 The result is a book of nearly 100 women of history and legend (some smudging that line) who were powerful, cunning, determined, inventive, deadly, ambitious, righteous, and altogether superbly badass.

Each entry is illustrated with a portrait in an animated-princess style, though the subject matter isn’t necessarily Disneyesque. Each is coded with markers to note how graphic the content will be, from a nice good defeats evil green to warning for violence, abuse, rape and self harm, so that readers can better choose what to share with their kids.

Sounds grim at times, but Porath has a flair for storytelling and a sassy wit, in the footnotes as well as the text. His breeziness doesn’t ignore the more troubling parts of these women’s fates (or sometimes very stabby behaviour). They’re not all good women, but they are women of note who should be better known. 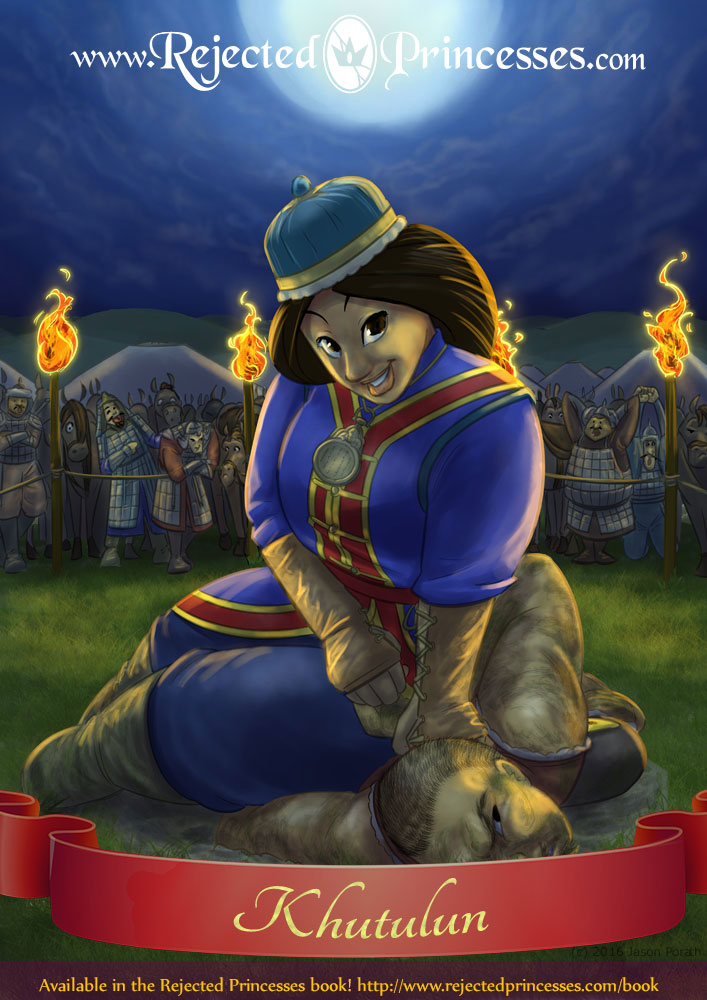 Of course, some of them are well known to me, like Ada Lovelace and (thanks to Netflix’s Marco Polo series) Khutulan, but most were new to me.

One reviewer questioned the historical accuracy of some entries, but Porath provides a bibliography and I look forward to investigating more about these women, now I know who they are.

I read my copy on my Kindle app on the iPad so I could better enjoy the colourful art. 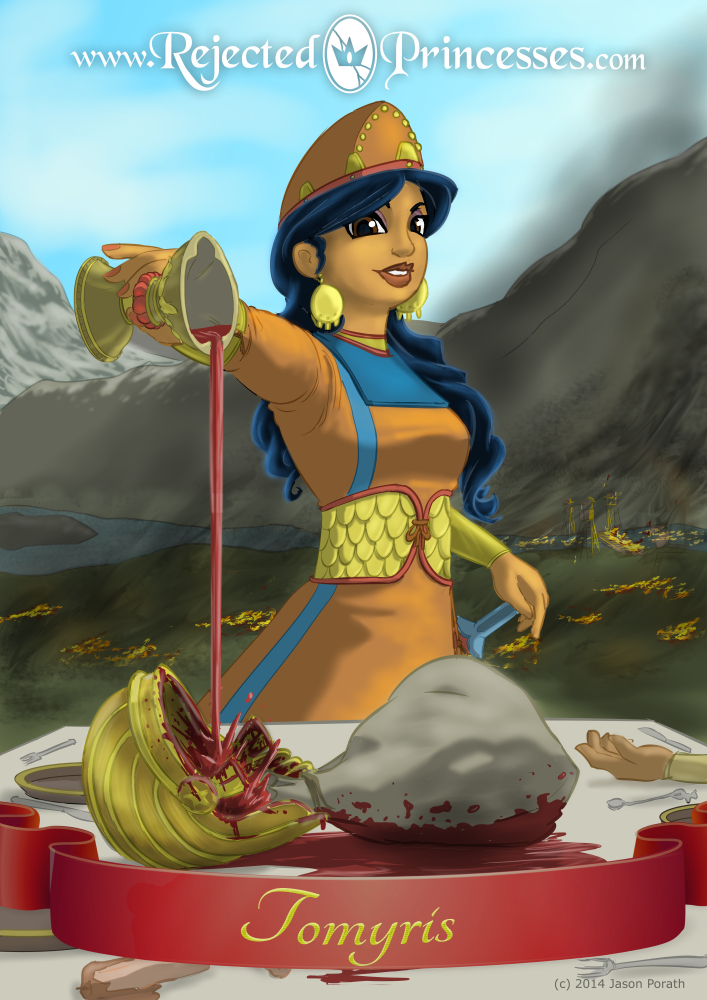 “Because…my dear, you don’t have rosy cheeks or long golden hair. And I’m afraid you are entirely too short to be a princess,” said Draculiza’s mother gently.

Cedar Grove Books is a new US press producing children’s and Young Adult books, Sci-Fi/Fantasy, Mysteries and even some graphic novels. They’ve got some cool looking stuff out already, and more on the way – including this entertaining little gem, Draculiza.

For starters, I loved the idea of a little vampire who wants to be a princess, and then is told she can’t be one because she doesn’t look right for the part. She determines to apply to the Fairy Tale Association anyway, puts on a disguise and sets about doing what she can to become a princess. (“This is not right. Everybody has a little princess inside them, and mine wants to come out now.”)

The most fun is had with Draculiza in her disguises getting into all the fairytales and making a mess of them – I admit I wish there was more of that – but of course, fairy tales have strict rules and things really aren’t working out. After spreading havoc far and wide – and being cheered up by her faithful little bat Spike – she has an epiphany of sorts. (At least for now.)

It’s a simple idea and a sweet story, with charming art, about knowing who you are and being really good at that.

The book is available as an ebook and as a hardcover.