The last few months have seen a few publishing milestones for me, so here’s a bit of a roundup before I resume my travel reports from the UK. 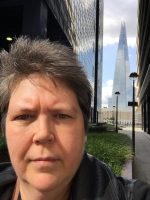 While walking around on a self-guided tour of Roman London, I stumbled across this fantastic view of the Shard and London Bridge Hospital. The Hospital features in the bloody climax of my London-set paranormal thriller, Ravenfall.

The book is also a gay romance, with vampire James Sharpe trying to reclaim his humanity, with the help and love of the very human artist, Gabriel Dare. They might do well with that, provided they survive the plot in which James’s sire is involved. 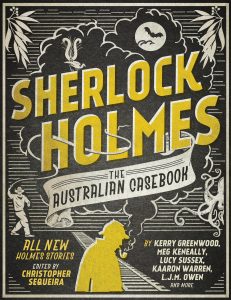 I’ve written Holmes and Watson in Australia as a canon-era love story in The Adventure of the Colonial Boy – but I also write more traditional stories of them as epic best friends. I have stories in two sepearate anthologies, both set in Australia!

Sherlock Holmes: The Australian Casebook is coming out in November. My story, The Mystery of the Miner’s Wife, is set in Ballarat.

Baker Street Irregulars 2: The Game’s Afoot is due out in April 2018. It’s full of alternative universe interpretations of Sherlock Holmes. In my story, The Problem of the Three Journals, Holmes and Watson are contemporary Melburnian hipsters, running their cafe, The Sign of Four, and solving mysteries. The book is currently available for preorder: 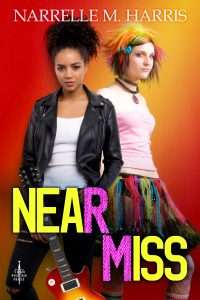 Near Miss, set in Melbourne, is the story of a rock chick and a cool hairdresser who keep not quite meeting until a yarnbombing event intervenes. It came out in August.

I wrote about the story and yarnbombing for Women and Words: Creative Rebellion and Joyful Defiance.

You can get Near Miss at: