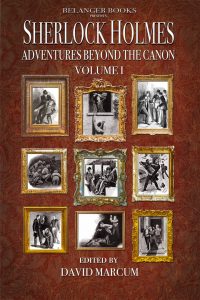 I mentioned a few posts ago that a new Kickstarter was about to launch to fund an anthology of sequels to original Arthur Conan Doyle stories from the Sherlock Holmes canon.

The  Sherlock Holmes: Adventures Beyond the Canon Kickstarter campaign was launched on 1 August 2018, and it’s already been fully funded.

But that’s no reason to light a pipe, indulge in a seven per cent solution or go and have a flutter on the races (which was more Watson’s vice). If you back the Kickstarter, you can get hold of any or all of the three volumes, as well as back the book at higher levels and get even more Sherlock Holmes bookish deliciousness for your pains!

My story, ‘A Gentleman’s Disagreement’, will appear in the first volume of the anthology. It’s a sequel to ‘The Blue Carbuncle’ and follows what happens almost immediately after the end of the original story. It involves a second theft, some unpleasant accusations, a few incautious comments and a night in a prison cell for Dr Watson.

I threw some papers from my chair onto the floor with the others, causing Holmes’s expression to spasm in disapproval, as though I had upset some order within the mess. I cheerfully ignored him as I took my seat, drew out my pipe and packed it from the Persian slipper.

I briefly felt sorry for the Countess, so unlucky in love. “His behaviour is scandalous,” I said, lighting my pipe with a match.

“You’ve forgiven her, then, for your night in prison?”

I puffed to ensure the tobacco was well lit and eased back in my chair. “It was an invigorating few hours at least,” I said magnanimously, “And the fault wasn’t entirely hers. Several of us had a hand in it.”

Holmes threw back his head and roared with laughter in that rare but wholehearted way of his, and I grinned.

“You are a diplomat, Watson,” he declared, still laughing.

“And you did apologise very handsomely for your share,” I said, saluting him with the stem of my new pipe, which he’d gifted me not long after the incident, “Though I’m grateful you secured my release before matters got out of hand.”

My friend sobered at the reminder. “Yes. Any longer in the lock-up with those old ‘friends’ of ours might have been less invigorating.”

“I was thinking more of the effect of the damp on my old wounds,” I demurred, though his evident concern, then as now, warmed me more than any apology.

The Kickstarter also includes interviews with the authors for every day of the campaign, talking about which story they chose to write a sequel to and why, among other things.

Learn more about Sherlock Holmes: Adventures Beyond the Canon or back it on Kickstarter. 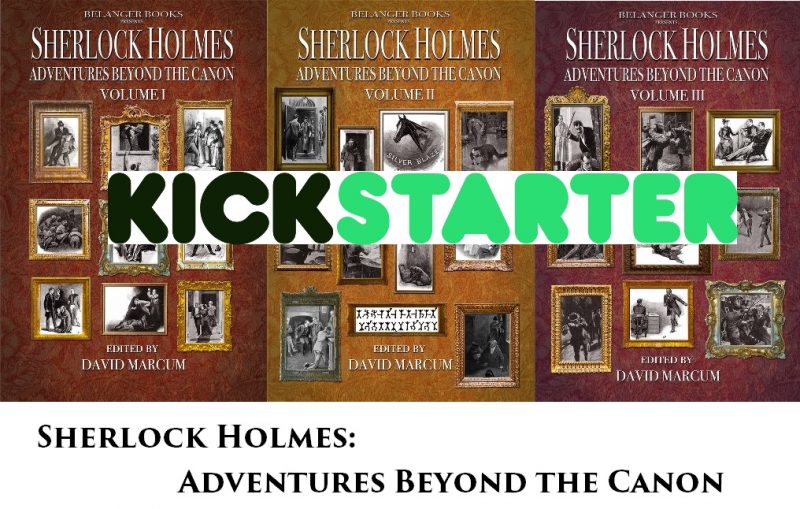