Review: The Wizardry of Jewish Women by Gillian Polack 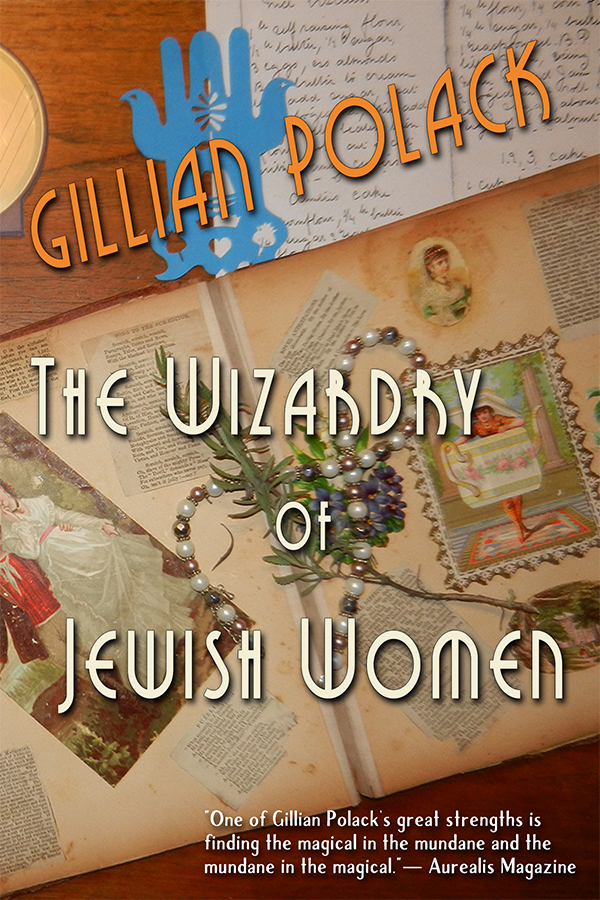 I’m still reading only happy books for June, but a thing that made me happy recently was discovering that Gillian Polack’s The Wizardry of Jewish Women was getting a reissue with a new publisher!

The book was originally published by Satalyte Publishing, but not long after it was launched, the press had to close down. As the book was no longer available, I decided not to review it and frustrate anybody who wanted to get hold of it.

But now it’s available again as an e-book through Bookview Cafe, a cooperative publisher run by authors from across a range of genres. Bookview Cafe’s authors include Katharine Kerr, Vonda N. McIntyre and Ursula Le Guin, so you know they’re onto something.

I’m so pleased Wizardry is available again because I loved it. I’ve enjoyed Gillian Polack’s intriguing blend of the everyday and the magical before, in The Time of the Ghosts, Ms Cellophane, and The Art of Effective Dreaming.

The Wizardry of Jewish Women – the blurb

Pink tutus, sarcasm, amulets and bushfires: that is suburban fantasy in Australian cities. It is magic.

Life is never quite what it seems, even without the lost family heritage delivered to Judith and Belinda in boxes.

Judith (who owns the haunted lemon tree and half the boxes) wants an ordinary life. Mostly.

Belinda wants to not be so very worthy. If Belinda weren’t Judith’s sister, and if it wasn’t for bushfires and bigots, Belinda’s life would be perfectly ordinary. Judith will tell you so. You don’t even have to ask.

Belinda’s friend Rhonda has a superpower. Each time she sees the future or reveals deep secrets, seekers for the ‘New Nostradamus’ come closer to destroying her life. Her hold on normalcy is very fragile. So is her hold on safety.

Judith and Rhonda are haunted, Judith by her past and Rhonda by her gift of prophecy. Will they ever come into the sunshine and find happiness?

The Wizardry of Jewish Women is primarily set, like The Time of the Ghosts and Ms Cellophane, in  Canberra. It seems an unlikely city, full as it is of bureaucracy, windswept suburbia and a reputation for Olympic Level Mundanity – but it’s one of Polack’s special skills to taken what seems to be a grey surface and fill it with subtle colour and disturbing undercurrents. It certainly makes me see my old hometown in new lights when I visit.

The story begins when Judith and her sister Belinda inheret a box from an apparently disreputable grandmother and discover a scrap book of hidden Jewish magic, recorded in a kind of hidden message. Their histories and their actions with the book’s contents are obscurely bound up with those of Rhonda, whose prophetic insights have turned her into a recluse.

Each woman faces domestic difficulties as well as wider threats, from the very real-world danger of Australian bushfires and oppressive exes, to the more creeping, opaque threats of lurking but tangible evil and the consequences of magic.

Polack weaves an inexorable web of subtle detail and slow reveals. What begins in humble Australian suburbia, populated with middle aged women who are agitated with where they are in life and the family and friends that surround them, has the oddness creeping in before long. Small strangenesses, fleeting discomforts, hints of threat and threads of something sinister build and build until protagonist and reader both are confronted with the need for action.

The Wizardry of Jewish Women is a fine example of Polack’s skill with this kind of world-building, taking us from intimate domestic life and troubles to the still-intimate peculiarities of her finely drawn characters’ intersections with magic and devilry.

Along with all the virtues of the writing and tone as a well-crafted piece of fiction, the book springs from an Australian experience that departs from the mainstream, inspired as it is by Polack’s own Jewish heritage and experiences. It’s woven from more diverse cultural threads than the usual Aussie milieu and offers a richer, deeper view of Australian culture and experience as a result.

Wryly humorous, very human and steeped in both suburbian realities and fantastical strangeness, The Wizardry of Jewish Women moves from quietly engaging to absolutely gripping before reaching its satisfying conclusion.

It’s a fabulous little book. You should read it.