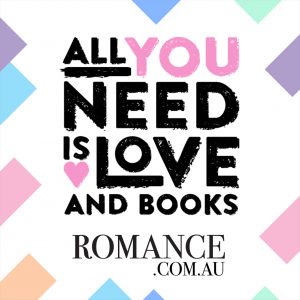 I am delighted to announce my next romance novel, Grounded, is coming out on 20 March 2019 through Escape Publishing.

“In a world where wings give everyone the freedom to fly, an artist born wingless uses her art to show the winged world the wonder of the ground. But when she meets a recently injured police officer who finds himself grounded, they will both learn that there is more than one way to soar.”

A cover (as well as the edits) are yet to come, but I really love how this story came together, and all the world-building that was necessary for a world in which most people have wings. How do chairs work in that instance? How do clothes work? How do winged bodies work? What metaphors do they use in language?

What challenges are faced by people who can’t fly?

Huge thanks to those who read the novella version of it, especially Julia Svagonovic for her insights, and Heather Edwards for her feedback.

As a taster, here’s an (as yet unedited) excerpt:

“Tell me a story,” Clementine said as she sat in a chair opposite him, “Something true.” She used the terracotta chalk first to dash down the shape of his chest, shoulders and legs. She smudged chalk behind and in front of the outlines, filling in his wings and kilt.

“When I was about eight years old, I tried to convince Peri that I knew the secret route to Arcadia. He was six and very gullible. I warn you, this story does not cover me in glory.”

Clementine worked chalk into the sketch she was making with her fingers, adding darker charcoal lines to the details. “Oooh, a wicked tale. Go on.”

“So I led the way down to the back yard, and he followed, trusting as a duckling, until we reached the fenceline. Our wings were still growing in of course, so we couldn’t fly far, but we could fly up and over a fence without too much difficulty.”

“Should I take comfort from the fact that I already know you both survive this escapade?”

“You should. Because I flew up first and held my hand out to help him to the top of the fence. And he made it up there just fine. He was a nimble little kid. Whereas I was more…”

Benedick laughed, his mouth dimpling in that delightful way she was rapidly growing to love. “A little ball of mischief. The thing is, I was getting him back for getting into my room on the weekend and defacing all my Kambera Wall-ball Club posters with bright red marker pen.”

“Exactly so. I had a keenly developed sense of justice even then. So I took him to the top of the fence by telling him the way to Arcadia was through our neighbour’s garden.”

“When does the inglorious bit start?” Clementine took up the inkpot and brush and began to add glistening lines to the chalk study, more strongly defining Benedick’s dark hair, the shape of his exposed leg, the drape of the kilt. A few strategic dabs and lines gave expression to his face. Dark eyes and dimples.

“So down he went first into Mr Whitley’s yard and I started shouting directions for him to follow the path.”

“Of course he was. He was six, not an idiot. But hope won over doubt, of course. Mum read the Lady Arcadia books to us every night and we loved them. Wouldn’t you risk fraternal humiliation on the off-chance of finding the passage through?”

“So he followed my directions down the path towards Mr Whitley’s vegetable garden, which was hedged in laurel that grew taller than our Dad. The idea was that Peri would have to squeeze in between two laurel trees and of course instead of finding the passage, he’d be in grumpy Mr Whitely’s vege patch. With luck, Peri would get stuck between the trees, get caught by Mr W and shouted at, and possibly chased with a leaf rake.”

“What a mean big brother you were.”

“It was just desserts. But I made two key errors in coming up with my strategy.”

“Let me guess. Peri was skinnier than your chubby little boy self, and he didn’t get stuck in the laurels.”

“I applaud your intelligent analysis of this whole debacle. Yes. Bento Sasaki, Stealer of Baby Carrots and Summer’s First Strawberries, had been caught in the laurels and endured a lecture on respecting other people’s gardens only the week before. Secondly, and more relevant to this sorry story of bad intent and even worse planning, is that Mr Whitely had just that week bought himself a dog.”

“That doesn’t begin to cover it. I’m at the top of the fence, watching Peri disappear into the laurel hedge and waiting for the show to begin, when all of a sudden I hear this blood curdling baying, and Peri pops out of the greenery running like a lizard from a cat. His wings are flapping away so he keeps rising a few feet then stumbling down again, because he can’t get coordinated, and he’s not looking behind him at what sounds like an Arcadia Hellfire Hound on his heels. But I can see this dog, and it’s taller than Peri and looks like he wants to bite little boys in half.”

“What any self-respecting, justice-seeking big brother would do. I screamed at him to run faster before the Arcadia Hellfire Hound ate him, my wings flapping so hard I was hovering above the fence. I was terrified, but no way in Hades was going to jump down there and get eaten myself.”

Clementine was aware that this picture of Benedick languidly reclining on her sofa was at serious odds with the spark in his eyes and the way his wings fluttered in memory of that energetic prank.

“I thought it would. It was baying and running, and Peri was running and flapping and screaming, and at the last minute he reached up to me, and I reached down to pull him up, and he flapped so hard he flew right up over my head and into our yard. Which was great for Peri.”

“I went arse over pinion and landed flat on my back on the dog side of the dividing line.”

“Oh yes! The dog looms into my face, panting and howling, and on the other side of the fence Peri is screaming blue murder, and all the adults come running expecting to find me with my head split open and brains all over the pavement. And what they found was their onigiri kid on his back in the dirt being straddled by a huge, friendly and overly eager dog licking me from collarbone to eartip and wagging his tail so hard it’s making thwap thwap thwap noises on the fence.”

“Poor little Bento is right. I cut my arm on a stone when I fell and all I knew was that my arm was bleeding and a giant dog was eating me alive. I still have the scar.”

Clementine put the picture and inkbrush aside and dutifully went to examine the elbow he was presenting her with a soulful moue on his lips to demonstrate the woe of this bygone injury. She took his arm in her hands and tutted over the tiny white scar in his golden skin.

“That’s terrible. You might have died from your colossal injuries.”

And suddenly he was sober and they weren’t talking about a tumble from a fence when he was eight years old any more.

Clementine pressed a kiss to the tiny scar anyway.

“I’m so glad you didn’t,” she said, kissing the insignificant scar again, ignoring the deeper, worse ones that were hidden beneath the regrowth of his right wing. “I’m so glad you’re here with me.”

Grounded will be released as an ebook, and is already listed as available for pre-order at the following sites: