The PMI Victorian History Library: a wealth of history at your fingertips

Hi I’m Ellen, the Collections Librarian at the Prahran Mechanics’ Institute Victorian History Library (PMI). Narrelle has very kindly invited me to write a guest post about the history of the PMI and how it can be useful for everyone.

So, to begin at the beginning.

What is a Mechanics’ Institute?

Mechanics’ Institutes date back to 1799 when Dr George Birkbeck gave a series of lectures for working men in Glasgow. The idea of providing educational opportunities to the working man and woman (known then as ‘mechanics’) spread, and the first Institute was opened in Edinburgh in 1821. They provided classes, lending libraries and other educational resources.

By the early 1900s there was over 1000 Mechanics’ Institutes in Victoria. While many remain as community halls the PMI is one of only six which still provide an active lending library.

The PMI is the second oldest library in Victoria. It was founded in 1854 and was incorporated under its own act of Parliament in 1899.  It is the only Mechanics’ Institute in Victoria still governed by its own Act of Parliament.

When the PMI was founded Prahran was absolutely not an inner suburb of Melbourne. It was a remote village which was surrounded by swamp. There wasn’t a council. In fact there wasn’t much of anything, so the local community decided they wanted a Mechanics’ Institute.

The drive was led by Rev. William Moss. Moss was a local congregational minister and also played a key role in the formation of the Royal Institute for the Blind, the Victorian College for the Deaf and the Prahran Mission. All three bodies are still operational today. The PMI opened officially in Chapel Street in 1857.

The very early years at the PMI were largely trouble free, but the first real crisis came in 1868. PMI Secretary/Librarian William John Allen wrote an anonymous letter to the South Melbourne Standard, in which he was not very pleasant about one of the PMI committee members, a Reverend Potter.

Now unfortunately for Allen, the letter didn’t stay anonymous. Rev. Potter was friends with the editor of the Standard and he happily revealed the true author of the letter. Allen was summarily dismissed, but he refused to go as he believed his dismissal was unjust (and he might have had a point). What he did, though, brought the PMI to a standstill. At the time the Secretary/Librarian was a live-in position and Allen refused to leave.  He effectively squatted in the building. Ultimately the committee moved in under the cover of darkness to remove part of the roof of the PMI, thus making the building unliveable and forcing Allen out.

This wasn’t the last crisis, but the PMI has weathered all the storms to survive through to today as a thriving institute that specialises in Victorian history. The collection is nearly un-paralleled in its depth and accessibility and is vital to the preservation and promulgation of the history of Victoria.

We hold more than 30 000 items on site and it is the only for-loan collection of its type in Australia. We loan something like 90% of the collection. If an item is not for loan it is either very fragile, very old, or very valuable.

It is a growing collection, with between 100 and 200 items being added each month and we take requests from members. If the book you want fits in our collection policy, which will shortly be publicly available, we are happy to buy it in for you.

The core of the collection is made of:

Membership is only $15.00 a year. The collection is a vital resource for everyone from writers to family historians, architects, professional historians, guides, journalists and people who just like reading about Australian and Victorian history.

If you have any questions or want to know more about the PMI my email address is ellen@pmi.net.au or there’s lots more information on the website www.pmi.net.au. We’re also on Facebook and Twitter. 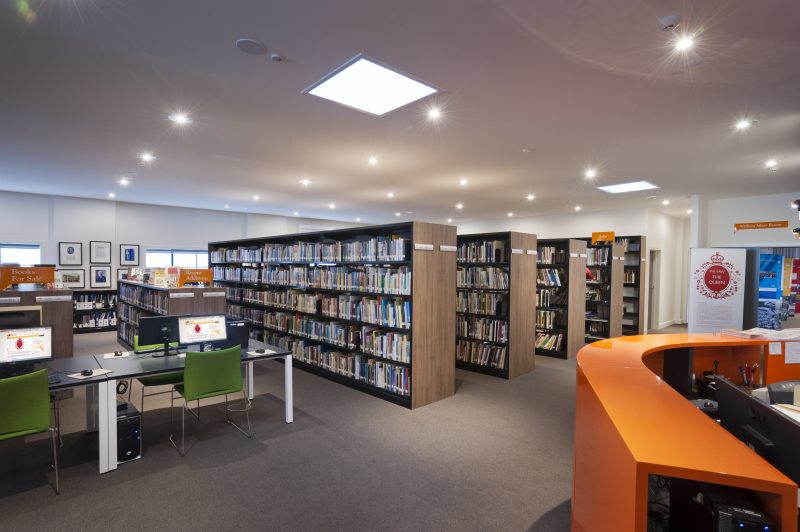 I visited the Prahran Mechanics’ Institute recently for a talk on manuscript assessment, and discovered the PMI is full of historical reference material that I’ll need next year for a book I want to write. Then I thought that the good news should be shared. Thanks for guest blogging with me, Ellen!