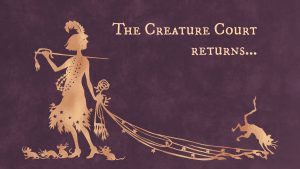 It’s my week for writing about writers I love. Today it’s Tansy Rayner Roberts and her Creature Court series. Power and Majesty, The Shattered City and Reign of Beasts are a remarkable, richly realised, unpredictable and deeply satisfying dark fantasy trilogy about ancient battles, strange festivals, and shape shifters who can turn into one big beast or dozens of littler ones – with the bonus of really gorgeous frocks.

So imagine my delight to discover that the trilogy is being re-released, along with a brand new story! And imagine the delight doubled when I learned that the fabulously talented Kathleen Jennings would be providing art for the books!

If you’re already on board and can’t wait to support the project, go straight to Kickstarter and show your love.

If you want to know more about the books and the Kickstarter campaign, I asked Tansy Rayner Roberts a few questions.

Why have you decided to re-release the Creature Court series through a Kickstarter?

Kickstarter is still one of the best ways to crowdfund a substantial arts or publishing project if you have costs to be covered up front. After running the successful Mother of Invention campaign for Twelfth Planet Press last year I have confidence in my own ability to handle a more personal campaign. I knew I wanted to bring Creature Court back into print after I got the rights back last year, but doing it through Kickstarter means I can release them all at once, paying for fantastic new art and design.

You’ve mentioned the original three books and a fourth, new book, Cab aret of Monsters. Which books is the Kickstarter supporting?

The Kickstarter is for all four books. I decided to write a prequel novella set in the same world because I knew a lot of people who are close Tansy supporters (especially Australians) already have copies of the Creature Court trilogy on their shelves, and I haven’t revised the text substantially (though I have revised it). This way, there’s something new for people who have been buying my books all along!

You’re re-editing the books for the re-release. What does that entail? Why did you decide to do that?

It’s not so much a decision, to edit before a rerelease… I have been laying out the books myself and I am physically incapable of doing that without making a few changes here and there. Sometimes it’s word choice, or rephrasing. More commonly it’s basic proofing – I was particularly surprised how many errors had got through the final volume of the series as printed!

I haven’t made any huge changes though I did find an alarming inconsistency in the flashback/backstory timeline which took a little behind the scenes industrial engineering before I was happy with it. They’re still essentially the novels I wrote between 2004-2011. 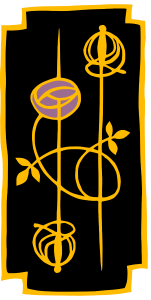 How did Kathleen Jennings get involved with the project?

I asked her! Kathleen and I have known each other for a long time now, and I love her work so much. It’s been exciting seeing an Australian artist take on such big international projects. We have a similar attachment to historical aesthetics, so I knew I wanted her on board if I possibly could – and I’m so grateful she was able to make time in her schedule for me.

We’ve worked through a lot of ideas already, and I’m excited to see how the books turn out. One of Kathleen’s talents is extremely detailed silhouette art which she creates with cut paper. We also have a great cover designer, Cathy Larsen, who will be producing the typography with vintage fonts to get across the 1920’s feel that infuses the novels.

How is her art going to be used in the re-rereleases and the new, fourth book of the series?

Book covers primarily – four book covers in one year is a major commitment (it helps a lot when you can pay the artist, hence the Kickstarter) but it’s really exciting to have all of them designed at the same time, and allows us to have a real coherence across the covers.

The novella cover will be developed over the next month or so and then the trilogy later in the year. I also commissioned some pieces up front so I could show our backers the visual style that we were aiming for – hence the lovely flapper with sword banner on the main Kickstarter page, and the iconic Art Deco pin design which Kathleen produced.

Several of our rewards including postcards will be based on Kathleen’s art… and I’m really hoping we make our stretch goals so I can offer the beautiful enamel pin in a variety of colours.

If you could turn into an animal (or a whole lot of little ones) – what animal would it be?

My first instinct was to wonder what animal is most industrious. I’ll take ten of those! Though cats have a pretty great life. I could happily live out my years as a sleepy bed full of cats.

Get on board the Creature Court Kickstarter 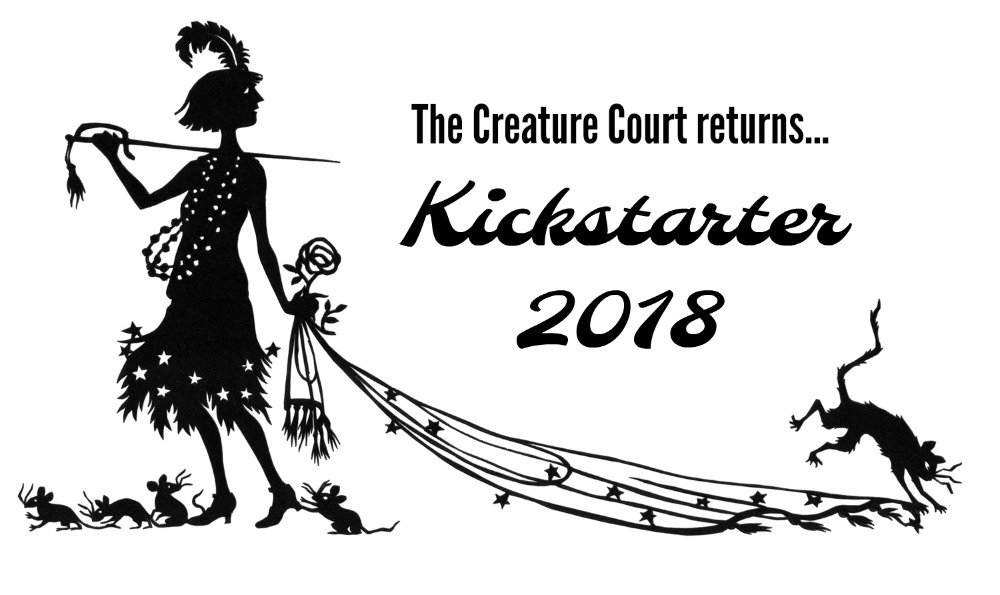 (I’m supporting at the Come to the Cabaret level ‘cos I want all the Jennings art as well as the new book!)