This week’s romance release interview is with: 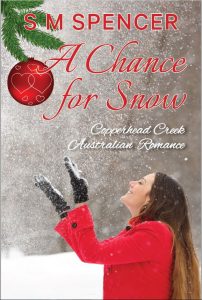 A Chance for Snow.  I wanted to keep to the theme of “A Chance …” and knew this was to be a story set around Christmas, so this worked well. It wasn’t hard to pick the title, just took a bit of tweaking.

Hugh Jackman would make a fabulous Jim Mitchell!  And Rose Byrne would make a great Debra Franklin. As for the kids, perhaps a young Liam Hemsworth for Porter, and Emily Browning as Megan. (An all Australian cast, for certain!)

Well, if I were to base it on the number of times I watched the movie and never seemed to tire of it, I think it would have to be Richard Gere and Julia Roberts in Pretty Woman. My favourite quote from the movie, “big mistake”. Who doesn’t know where she says that, who she’s talking to at the time, and why she says it? It’s a classic line!

The song Angel (sometimes known as In the Arms of an Angel) by Sarah McLachlan always make me teary; every time I hear it. I love all versions of the song, but perhaps my favourite would be the one with Pink, from the American Music Awards, 2008.

I’m glad you asked this question as it prompted me to look up the history of the song—there’s a good reason it brings tears to my eyes every time I hear it.

About A Chance for Snow

With a double wedding and Christmas fast approaching, love is in the air—or is it?

Of course Debra Franklin is looking forward to her best friend’s wedding; she just wishes she wasn’t dateless again, because even though she’s made plans to leave the small-town gossips behind, she knows the wedding photos with her looking like a spinster will last forever. But when the tall-dark-and-handsome Jim Mitchell, with his cobalt blue eyes shadowed by an American cowboy hat, appears on the scene just a week before the wedding, she reckons her problem of being dateless might just be solved.

Megan Saunders has always wanted a White Christmas, and this year she’s having one—in Canada. But getting her wish is a double-edged sword as it means having less time with her best friend, Porter Murray, before he leaves for university. She’s getting her childhood wish fulfilled, so why does her future feel as bleak as a dusty road leading nowhere?

As Debra’s and Jim’s paths cross with the teenagers, they form unusual friendships—and their lives are changed in surprising ways. 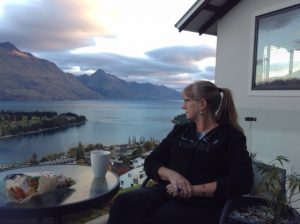 Growing up, S M Spencer wanted two things: a horse, and a writing career. After years of hard work, she’s got both. Living the Dream!

Buy A Chance for Snow