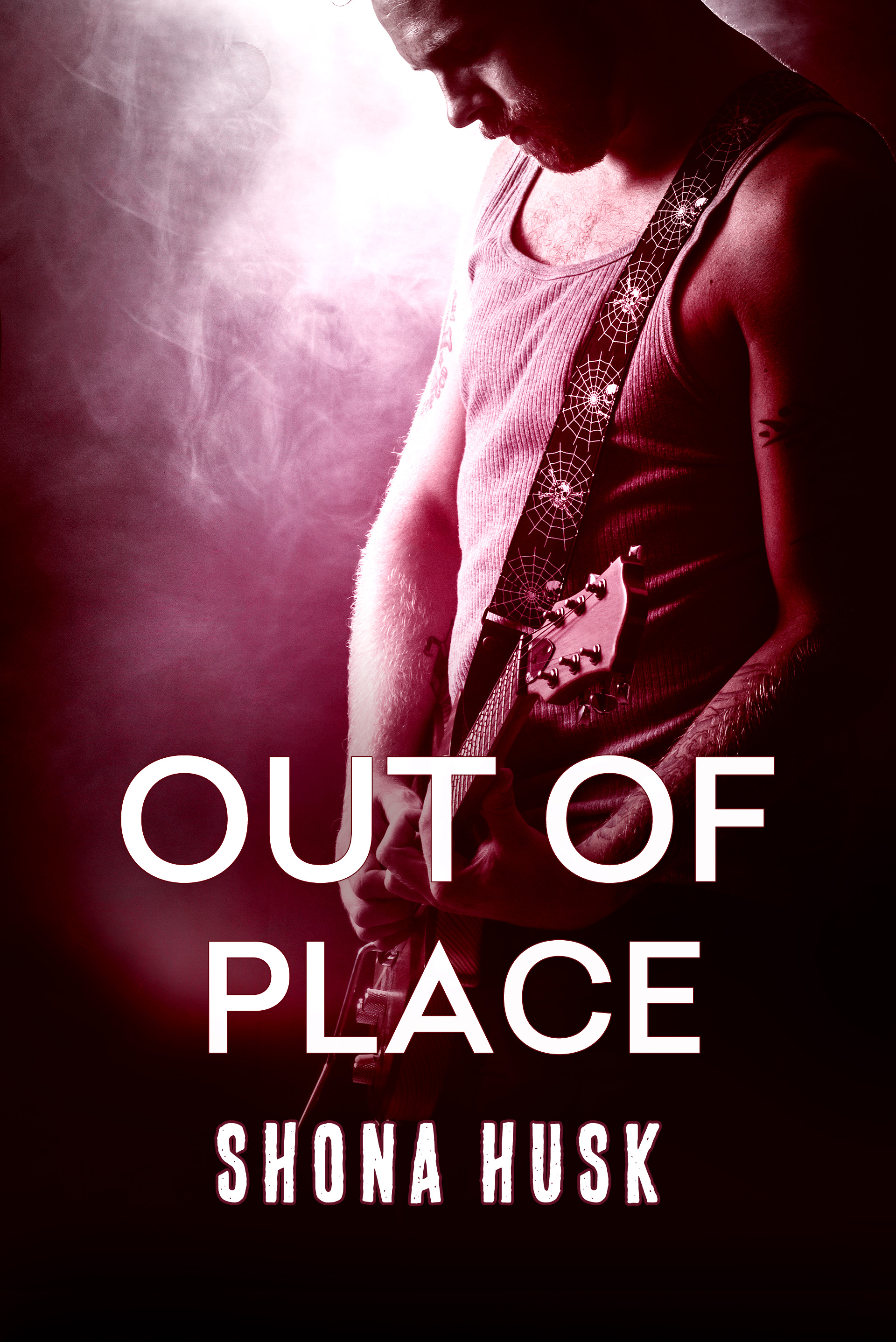 Out of Place is book 2 in the Face the Music series, it was decided early on that all the books would be ‘Out of…’ so it was just a question of deciding what worked for each book. In this book, Ed and Olivia aren’t quite getting in synch.

2.     If you could choose anyone from any time period, who would you cast as the leads in your latest story?

I don’t know…casting is one of those things – everyone’s idea of sexy is so different. Not only that, but sometimes someone who doesn’t automatically jump to mind could actually be perfect because they bring a certain something.

4.     Who is your favourite fictional couple?

Tricky…I don’t know that I have one. Maybe John Crichton and Aeryn Sun from Farscape.

I don’t think there are any songs that make me cry, but there are some that I find terribly romantic like Dance With You by Live, and Never Seen Anything (Quite Like You) by The Script.

About Out of Place (Face the Music 2)

Every band is desperate for that first big break – but what happens after that?

Ed Vincent, front man of Selling the Sun, has a really bad case of second album jitters. Nothing he writes measures up to the expectations placed on him after the success of the first album. The tensions between band members are rising and everything seems to be falling apart just as they get started. Perhaps it wasn’t meant to be: not every band gets to write their name on the pages of history. But the band has always been Ed’s dream, and if Ed gives up, will he have any dreams left?

Chasing dreams is something that other people do. Olivia Doyle put her life on hold after a car accident killed her fiancé and nearly claimed her life. Now with a three-year-old son and a part-time job, she knows she is stuck in a rut, but has no idea how to climb out. Then she meets Ed.

He can’t have the distraction of a relationship, and she has no time for anything casual. On the surface, they’re in completely different places, but love has a way of finding middle ground.

Shona Husk is the author of the Shadowlands, Court of Annwyn and the Face the Music series. You can find out more information about Shona and her edgy romances at the sites below or join her newsletter.

Buy Out of Place (Face the Music 2)

Would you like to answer a Quintette interview? Email me at nmharrisheart@gmail.com!