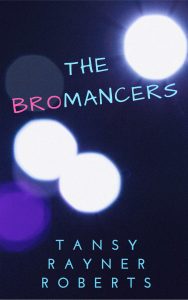 My longtime readers know that I’ve loved Tansy Rayner Roberts’ work for years, from her Creature Court series through to the crime cosies set in Hobart that she writes as Livia Day and the delightful Castle Charming series. When I discovered she had a Patreon account, I rushed on in to pay $3 a month to read new work as it arrives!

The latest of her series that has won my heart is set at a magical university.  Fake Geek Girl was the first, and with The Bromancers (the fourth in the sequence) now out, I asked Tansy to tell me more about writing these lovely books.

How do you describe the Belladonna University series?

Belladonna University is a series of fun novellas about the everyday lives and loves of a bunch of Aussie student witches and their rock band Fake Geek Girl.

You have four novellas out in the Belladonna University series, starting with Fake Geek Girl, then Unmagical Boy Story,  then you prequelled those with The Alchemy of Fine – and now The Bromancers is out. The stories are sharp, funny and full of heart, and play with a lot of ‘magic school’ tropes while being utterly fresh and modern. What were your influences in creating Belladonna U?

I first started thinking about it when visiting Melbourne – the idea of a uni sharehouse full of witches, in a square full of hipster coffee places and slightly skeevy pubs. So many influences.

Eainbow Rowell’s Fangirl made me think a lot about fandom and how fannish people relate to the world. I wanted to write about people who lived in a supernatural world, and what THEIR fandoms would be like. I was also inspired by fannish musicians, having been a big follower of trock back in the day (ahh Chameleon Circuit). The geeky sister act The Doubleclicks and the way they write and perform about big, important contemporary issues through a fannish lens was hugely influential. And of course there’s Harry Potter and the age-old fanfic trope that asks the question what WOULD wizards do about university? 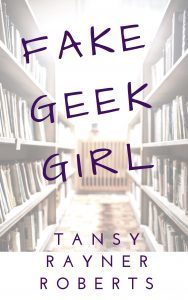 What are your basic rules about how magic works in this world?

I don’t have a simple answer to this. The majority of people have some form of magic and identify as witches, probably around 70% of the population? But everyone has their own relationship with it. Certainly high magic is associated with both wealth and privilege. Magic is always presumed to be the default.

But we have families with different approaches – the Hallows are very hippie-dippie old school hedgewitches with strong practical magic running through their line. The Chauvelins, Vales and Nightshades are far more about your fancy, advanced high-status sorcery. Then we have families like the one that Sage came from, who exist in isolationist anti-magic communities.

One rule is that technology and magic don’t mix – often with explosive and messy results, but it’s not always that predictable. Another is that caffeine has quite a powerful numbing/dampening effect on personal magic, which means some very different social rituals for our uni students, but also many of them will use it deliberately. Strong magic in two people in physical proximity can be complementary or quite destructive. (yes, this affects their sex lives) I’m feeling my way through this!

The characters all come across as very real as well as very contemporary. Have you drawn on experiences or people you know to get that very modern sense of characters?

Not really? Which is to say, yes, probably. But they’ve all been in my head so long, I think of them as being themselves rather than being based on specific people. There’s a lot of my uni years jammed in there, and people I knew in my early 20s, though I didn’t experience a lot of the traditional uni student “tropes” myself – so there’s a lot of imagination in there too!

Do you identify more closely with one of the characters? (I won’t ask your favourite – I can’t even pick one myself – though if you have a favourite, do share!)

Hebe and Sage are probably the easiest to write, not least because the stories so often revolve around them. Hebe reminds me a lot of myself at 19 in some ways, though not at all in others. Sage isn’t like me at all, but he looms so large in my head! I have no idea where he came from. Viola is a lot like me too, in some ways – though she’s a lot more ambitious! I have fond memories of my postgrad years and I like her intellectual side very much, even though there is VERY LITTLE UNI WORK that gets done in these stories. Juniper is uncomfortable for me to write because she’s a little too close to the bone for me – again, in some ways, not at all in others.

Basically the characters who are the most active protagonists are probably my favourites, but that’s a vicious cycle. I’m getting fonder and fonder of Holly, especially since The Alchemy of Fine where I started letting myself see the world through her eyes a bit.

The stories speak very positively about fans, fandom and fanfic (well, with one very big caveat in the latest). What has been your experience of fandoms?

I see the world through fannish eyes. My experience of fandoms as such as been very mixed – lots of positives, lots of negatives, but they are worlds I understand. I met some of my closest friends online through fannish or fan-adjacent activities. I’m raising kids via media criticism.

So yes on the whole I think of fannishness as something lovely, though there’s always that slightly darker edge to it that I did bring in with the most recent story – fan entitlement and possessiveness (and developing hatred/anger towards the creator) can be very uncomfortable at times, and there are fandoms I have removed myself from because of that overwhelming negativity.

Are you planning any novel-length adventures for the band?

I don’t want to because I am so over novels, but it’s probably inevitable. I have a Ferd/Chauv scene in my head that feels like the start of a novel. Damn it.

Are any of the songs actually being recorded anywhere?

Either way, how do you feel about the idea of readers with musical talent writing music and performing the songs?

Aww that would be so lovely, but it’s a world I know nothing about. I’m horribly unmusical. Writing the songs that I have was confronting enough! (and I feel I need to write more but it’s so HARD, writing about songs is easier)

The stories are released first to your Patreon supporters, usually after you’ve podficced them. What do you enjoy most about creating Belladonna U as podfics?

The freedom and indulgence to write whatever I want. My readers like them. I don’t have to think about pleasing an imaginary audience out there – I have a nice cosy one right here. I don’t think about whether my stories are Important or Meaningful, I write them purely to entertain myself. Having said that, I do think they are quite meaningful, to me at least. 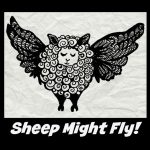 How have you found the Patreon experience overall?

I love Patreon. I first used it to fund the writing of a serial novel, Musketeer Space, and once that project wound up I put a lot of thought into how to create an ongoing project that was sustainable.

Some authors put out a short story a month, but I couldn’t keep up that pace, and I particularly wanted to write more stories that were at the novelette/novella length, following the same characters across multiple stories. Those kinds of stories are difficult to sell to magazines etc because of the length and because of being sequels. Fake Geek Girl was actually one of the stories that gave me this idea – to create and publish via podcast and also through the Patreon itself, building an audience who want to read more stories that are completely TANSY.

I can’t manage a whole story every month, but I can manage a new instalment of a novella/novelette every week – and the best thing is that having the waiting audience gets me writing, even when there aren’t other publisher deadlines on the horizon.

I can also use it to reprint stories that have appeared elsewhere, giving them new life and helping them find a wider audience. I’m really happy with how it’s going — though of course it would be a lot more sustainable if I had twice the number of patrons! Still, I just hit 100 which is a marvellous milestone.

The Alchemy of Fine is exclusively available via Tansy’s Patreon. Fake Geek Girl is available as a free download if you sign up to Tansy’s newsletter.

Unmagical Boy Story & The Bromancers are available from ebook stores everywhere, though Patreon supporters can download them as part of their membership perks.

Belladonna U on Amazon.com