For our interview, Franks is wearing a pair of classic-cut Levis that are probably Costco fakes. His black t-shirt is frayed at the collar but the Black Sabbath logo looks crisp as if it had just been printed. He hasn’t shaved in a couple of days and his glasses are smudged. He has terrible posture and a very small head.

The book is called FAERIE APOCALYPSE. Originally it was going to be LOVERS, POETS AND MADMEN, which sums up the seed inspiration for the story, but does not give much of a clue as to what the book is about. So I went looking for some other options.

The book is set mostly in the fairy realms and deals with the nature of the place and the people who venture there, so FAERIE seemed like an obvious place to start.

I was reading about Cormac McCarthy’s Blood Meridian—a key influence on my book—and I came across the phrase ‘apocalyptic prose’. That immediately seemed to fit not just the style of my own work, but also the story. So there it was.

I have this one already sussed from IFWG and I were working out the cover art. In the end we opted not to show any characters on the cover, but here’s what I came up with. There are five leads, as follows:

Out of all the creatures in the book I’d most like to meet the Queen of the Ore-lands. She wouldn’t have much time for me, but she’s also less likely to try to trick, murder or eat me than any of the other characters.

The book references a number of songs quite explicitly. There’s a couple of Hendrix songs that flag key plot points. One of the monsters is a Blue Oyster Cult song given flesh. But the last part of the story is called Black Wings, after the Tom Waits song, and I think that perfectly sums it all up.

If you want a second helping, try Earth Died Screaming, also from the Bone Machine album:

Jason Franks is the author of the novel Bloody Waters, the Sixsmiths graphic novels, and the Left Hand Path comic series. His work has been short-listed for Aurealis and Ledger Awards. He lives in Melbourne, Australia, where he is widely known as a person of low character and wicked intent. 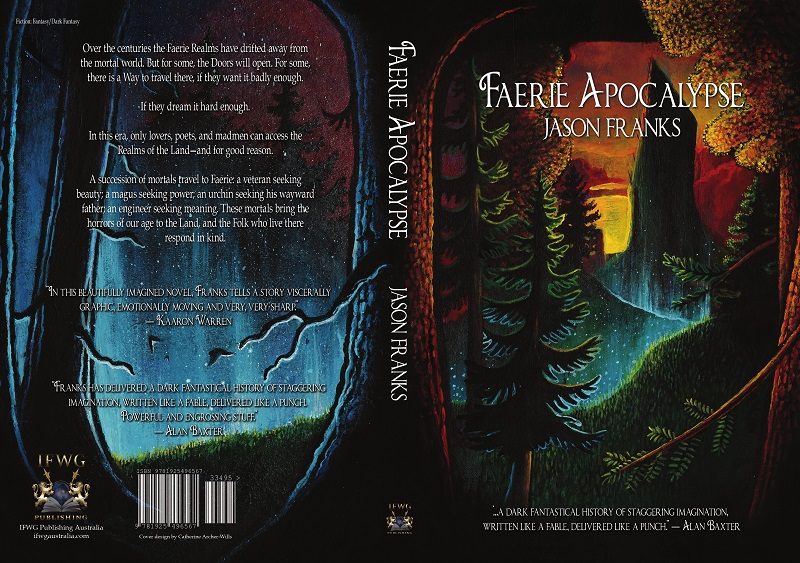