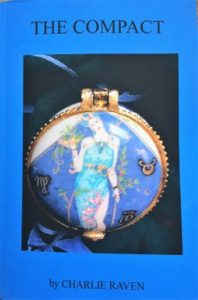 It’s called The Compact. The title just popped into my mind about halfway through the process of writing it. It came about because one of the themes of the story is the fear of old age. That fear is universal, of course, particularly for anyone who depends on their looks in their work, but back in the 1890s there were hardly any viable careers open to women, so the fear of ageing must have been even more acute.

A ‘compact’ refers first to those pretty little tins of pressed face powder that used to be carried in every woman’s handbag. Another older, perhaps more sinister meaning of ‘compact’ becomes apparent as the story progresses: a contract or covenant. There’s an occult covenant which one of the characters is affected by; and there’s also Alexandra’s contract with Minerva, which persuades her to agree to terrible things.

Wow! What a great question. Well, let me think.

Sherlock Holmes does make a couple of brief appearances, but in this story, Dr Watson is the main character from that duo. Somehow, my mind wants him to look like David Burke’s portrayal in the 1984 ‘Adventures of Sherlock Holmes’ series.

Holmes is more difficult, as I have my own inner Sherlock and no actor has yet portrayed him perfectly.

Minerva, with her melodramatic manner, should be played by a glamorous, smouldering 1940s actress, such as Hedy Lamarr. Alexandra: h’mm, maybe a middle-aged Katherine Hepburn? Emma Thompson, as she looks now, with her capable personality, would be perfect for Harriet.

Lastly, I have no idea who I can possible cast as the 22 year old Aleister Crowley and his lover, Jerome Pollitt. Crowley was nothing like the later pictures you see of him, where he resembles Uncle Fester from the Addams Family – in 1898, he had a full head of hair, strangely piercing eyes and, being a mountaineer, was very fit. Pollitt was a gorgeous amateur female impersonator. I could see them played by a young Johnny Depp and a young version of the very camp British comedian, Julian Clary. That’s hilarious to think of. Will that do?

In the whole history of literature? That’s difficult, isn’t it? If I said Holmes and Watson, that might be true. But from childhood, I have loved Frodo and Sam, so I think I must loyally name them.

I love David Bowie. He layers unsettling lyrics with multiple meanings on top of singable tunes. One of my characters, Albert Burroughs, is really rather weird. I don’t want to give any of the plot away but he makes me think of this track from Bowie’s 2013 album, The Next Day: ‘You Feel So Lonely You Could Die’

The walls have got you cornered, you’ve got the blues, my friend …

It is 1898, the London of Sherlock Holmes. Harriet Day is increasingly worried about the strange influence of a powerful, unpredictable woman, Minerva Atwell, over her dearest friend, Alexandra Roberts. By chance, Harriet befriends Alexandra’s lodger, the gentle actor, George Arden; and when he is wrongly accused of murder, Harriet turns to a lonely, ailing Dr Watson to investigate.

To Watson’s chagrin, his enquiries are aided and occasionally hampered by a strange young man by the name of Aleister Crowley and his flamboyant lover, Jerome Pollitt.

The Compact is an LGBTQ mystery with a touch of Magick. 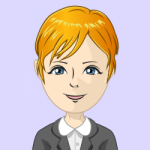 I was born, studied and live in England. I have three children – the youngest is 13 – and two grandchildren. My life has taken some odd twists and turns and occasionally led me down the rabbit hole. Fortunately, even the worst choices turned out for the best (filed under: children). I inherited a fascination with weird history, ghost stories and liminal places from my mother (and I’m so glad my children are the same).