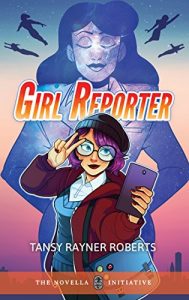 Girl Reporter – and it’s absolutely the clear, best, most obvious title for this story, given that it’s all about the ‘girl reporter’ trope in superhero stories. I may have been slightly inspired by Kelly Link’s Girl Detective short story from some years ago – I love stories that are named after slightly problematic tropes! (I also published a story called Fake Geek Girl, so.)

Oooh I like the time travel option, it’s definitely necessary. For Friday, someone with sassiness like 80’s era Nadine Garner, or Melissa Howard who played Rebecca in Dead Gorgeous, that ABC TV show about Victorian ghosts.

For Tina Valentina I’d love an actress who was a big name in the 80s-90’s for that authentic cred – like Claudia Black or Lucy Lawless. Justine Clarke, maybe?

Actually all three of those might be slightly too young, we can also go forward in time, yes?

There are so many options for Griff but my head settled on 90’s Matt Day and I can’t go past that.

Caitlin Stacey is my favourite of everything, I was thinking Solar but actually I can see her as Astra. Clearly I’d have to write her an Astra story to give her a bigger part.

Isla Fisher and Rose Byrne could fight it out for who gets to be Megadethra.

I think Celia Pacquola would do a good job of Astra III.

I want people who have read the story to come back and fill in the blanks here!

4. Who’s your favourite hero and/or sidekick? (Not necessarily a team)

I adore the relationship between Hawkeye and Hawkeye in Marvel comics. The way that Clint Barton dealt with a young woman taking his name and superhero identity while he was dead/out of town… at first he was determined to put her in her place, but they became a great team, and he happily shares the name and status with her instead of insisting he is senior. I like the way that their mentor-mentee relationship is often quite broken and sibling-y because he’s less competent at life than she is. So great.

Another favourite was Barbara Gordon as Oracle, mentoring Stephanie Brown as the new Batgirl.  And of course you can’t really talk about the sidekick relationship without addressing Bruce & Dick from 60’s Batman. “Robin, it’s important to stay in school. Be a good role model. Drink plenty of milk.”

5. What song reflects a theme, character or scene in your book?

Ha this is a ridiculously hard question for me. The Press Gang theme music? All the Crazy Ex Girlfriend theme songs as sung by Megadethra? Remy Zero’s ‘Save Me’, still the absolute best creative decision made by the Smallville production team? Ooh NO I know what it is. It’s totally the Birds of Prey song from Batman: The Brave and the Bold.

(but an honourable mention to this version of Bonnie Tyler’s Holding out for a Hero, as performed by Melissa Benoist on Glee.

From the award-winning author of Cookie Cutter Superhero and Kid Dark Against the Machine comes a brand new novella about girl reporters, superheroes, and interdimensional travel

In a world of superheroes, supervillains, and a machine that can create them all, millennial vlogger and girl reporter Friday Valentina has no shortage of material to cover. Every lottery cycle, a new superhero is created and quite literally steps into the shoes of the hero before them–displacing the previous hero. While Fri may not be super-powered herself, she understands the power of legacy: her mother is none other than the infamous reporter Tina Valentina, renowned worldwide for her legendary interviews with the True Blue Aussie Beaut Superheroes and her tendency to go to extraordinary lengths to get her story.

This time, Tina Valentina may have ventured too far.

Alongside Australia’s greatest superheroes–including the powerful Astra, dazzling Solar, and The Dark in his full brooding glory–Friday will go to another dimension in the hopes of finding her mother, saving the day, maybe even getting the story of a lifetime out of the adventure. (And a new girlfriend, too.) 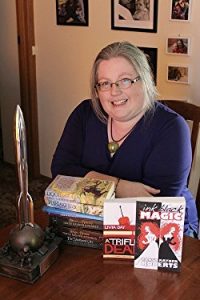 Tansy Rayner Roberts is an award winning blogger, podcaster and fantasy author. She co-hosts the Galactic Suburbia and Verity! podcasts, and is well known for writing feminist commentary on pop culture including superhero comics and Doctor Who.