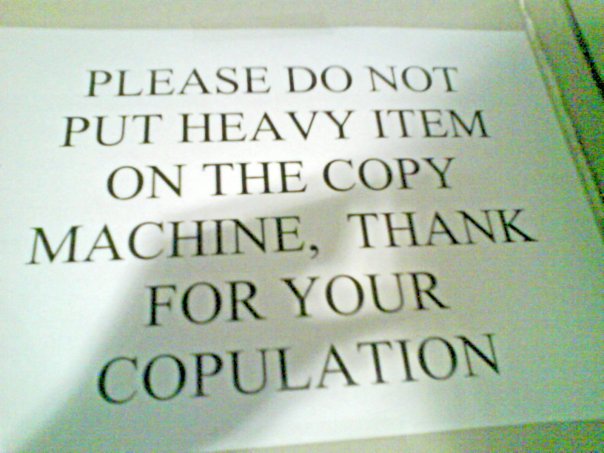 It seems obvious to me that writers should also be readers, but according to a September 2011 column in Salon, some new writers are apparently finding reading a bore.  The columnist is trying to find an equivalent attitude in another field. The only analogy that springs to my mind is “Wanting to write without wanting to read is like wanting to sing without wanting to listen to music.”

It’s an issue much larger than ‘how do you keep up with what’s current in literature?’. Reading widely is a vital training ground for all writers, not because of trends in writing, but because of the exposure it gives you to the basic building blocks of writing.

I do not have a degree (in writing or in anything else). I do have a very large vocabulary, though. I have a good, broad general knowledge on a variety of subjects and I’m always picking up bits and pieces of information and concepts, both esoteric and mundane.  I read voraciously before becoming qualified to teach English as a second language, and so absorbed vocabulary and grammar by osmosis before I learned how to label the parts of speech.

You may ask what evidence there is that writers are not reading, but sadly, such evidence abounds: mostly in newspapers. News articles are full of the kind of errors that can surely only occur when the writer has only ever heard a phrase and never seen it written down. How else can you explain the following slips?

Why is it important? (I assume it is the non-reading writers asking this question.)

In the instance of ‘death ears’ mentioned above, it can take power away from your story and, worse, be disrespectful to people in pain. When I first saw the headline ‘Woman’s cries fall on death ears’, I assumed it was a slightly jokey story about some poor woman who had been locked overnight in a morgue or a crypt. But no. It turns out a young girl being raped had cried out for help, but people had walked past without assisting.  The writer didn’t mean to trivialise her ordeal, but their carelessness and lack of knowledge about a common phrase was awkward, at best.

I don’t have a problem with the average person not knowing the right words for the right situation, but writers? Writers who do not understand vocabulary, punctuation and grammar are, to me, like builders who don’t understand building and attempt to just slap bricks together without first constructing the foundations and frame.

You don’t need a writing degree. You don’t need to be able to label a past participle or define a secondary object. But you do need to have a feel for a correct sentence and to have an excellent vocabulary. They are both the tools and the building blocks of your craft.